Today, the U.S. Patent and Trademark Office published a patent application from Apple that reveals techniques for forming an environmental seal around a sensor disposed beneath the button cap of the Home Button on iOS devices. Today we present two of Apple's patent filings that show the level of detail Apple puts into creating their products so that they function just right and always look their best.

Apple notes that "One may appreciate that foreign matter above, proximate, or below the sensor may interfere with capacitive coupling between the sensor and the ridges and valleys of the user's finger, which in turn may cause the two dimensional fingerprint information read by the sensor to be inaccurate, which in turn may cause the electronic device to incorrectly reject a user's fingerprint, or in other cases, incorrectly authenticate some other person's fingerprint as the user. In such a case, the interior volume of the component assembly may be sealed with an environmental seal to prevent ingress of foreign matter that may interfere with operation of both the button and the sensor. 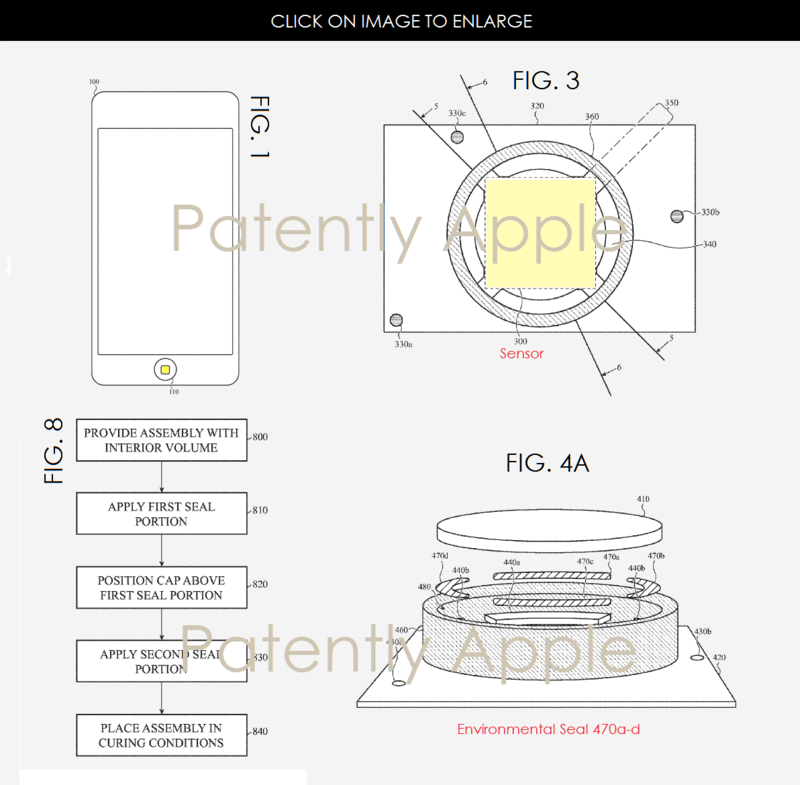 As consumers we don't always appreciate Apple's fine detailing to make something work just right. The work behind getting the fingerprint sensors into the Home Button and to protect it just right is mind boggling when you get into the details that few know about.

In another patent filing today we learn about another invention showing the levels that Apple will go to get their iDevices looking their best. All displays use various layers of technology that are compressed into a single sheet. These layers are compressed with rollers in machinery. Well, it appears that the standard rollers weren't good enough for Apple who decided to reinvent them so as to perform at a maximum level to ensure the quality they demand. 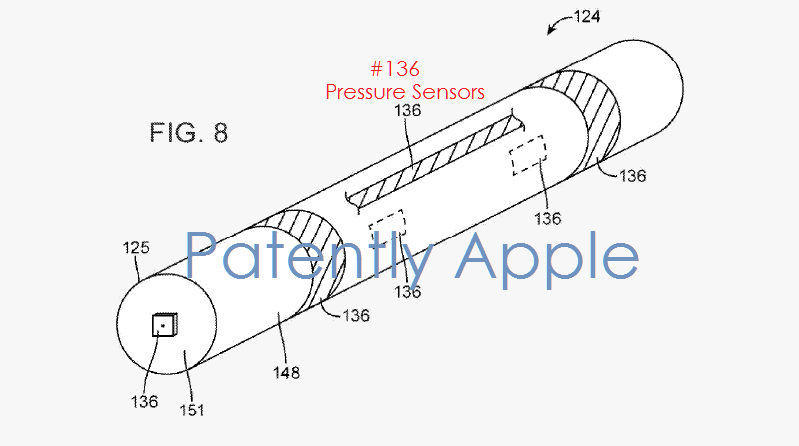 Apple's patent FIG. 8 noted above is a perspective view of an illustrative pressure-sensing cleaning roller in accordance with an embodiment of the present invention. For more information on this invention, click here.