The U.S. Patent and Trademark Office officially published a series of 55 newly granted patents for Apple Inc. today. In this particular report we cover Apple's winning invention for advanced vehicle access and control system. Before there was ever a whisper of Project Titan, Apple had invented a future iPhone system that would be able to open your car door, start your engine, shut off your engine for specific time frames, be able to program complete personalized car settings and much, much more. The feature set described in this invention went far beyond anything that could have been conceived working with CarPlay. 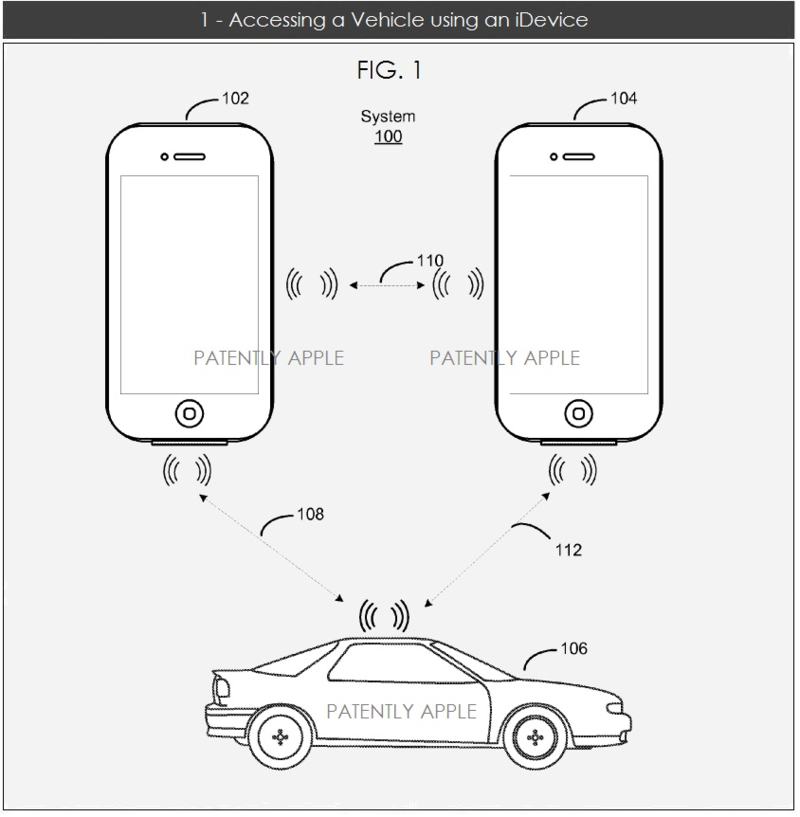 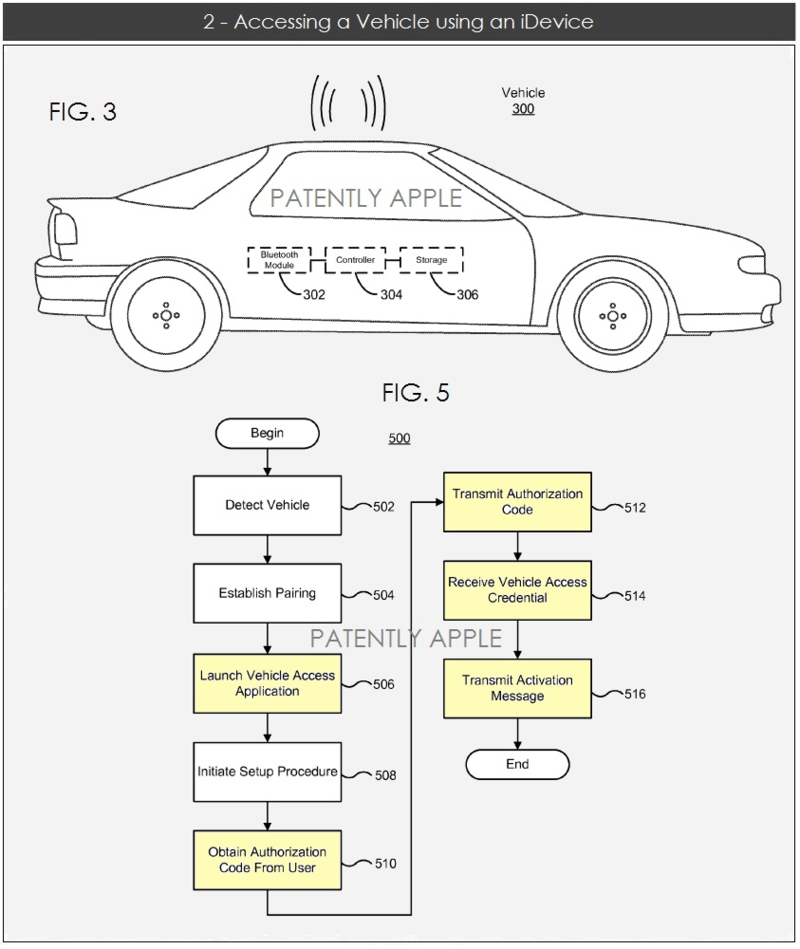 Patently Apple covered Apple's original patent application back in April 2013 which covered a wide spectrum of features such as not allowing a vehicle to start without the iDevice access credentials, limiting the hours of operation the vehicle could run in, personalized settings of a vehicle and much more. For details on this invention, see our original patent report here. Today USPTO published Apple's granted patent 9,351,102.