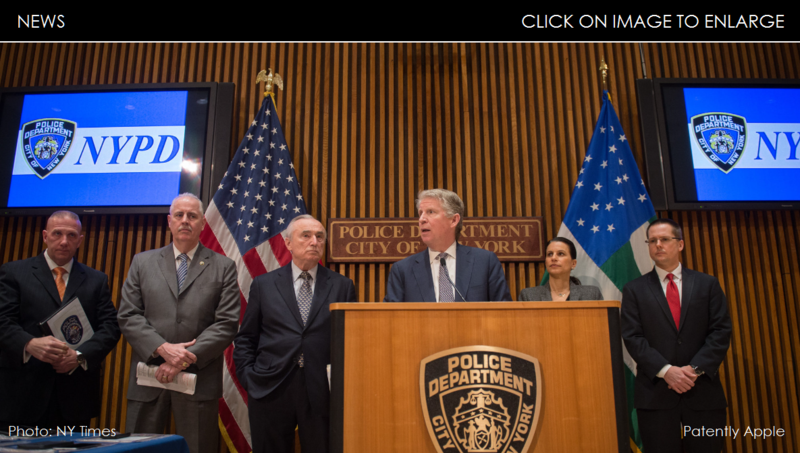 In February we posted a report titled "Apple CEO on ABC News: Creating Software Enabling the FBI to Unlock an iPhone is Software Equivalent of Cancer." In that report we noted that "At the end of the interview after talking about privacy and security for customers, Tim Cook admitted that if Congress were to pass clear new laws directing technology companies to assist the government in specific cases, then Apple would obey the law. Cook added that "What is going on right now, is we're having our voices be heard. And I would encourage everyone that has a voice, or wants to have a voice, wants to have an opinion, make sure their voice is heard." Well the battle is on in Washington and a new report over the weekend by the New York Times shows us how Silicon Valley is out in full force to make sure that no law will ever interfere with their latest wave of encryption products.

In a string of meetings with members of Congress, Mr. Vance told central lawmakers that encryption needed to be diminished during criminal investigations. During a 45-minute session with Senator Angus King, an independent from Maine who is on the Senate Intelligence Committee, Mr. Vance said his office had 230 iPhones that might contain crucial information for cases but were useless because Apple refused to help the police break the encryption on the devices.

Mr. Vance said in an interview about his Washington visit, "I wanted to express a sense of urgency around resolution of this issue."

While Vance may have rung the bell first on Capital Hill, Silicon Valley invaded Washington that same week to drown out Vance's voice. First up were the one-two punch from Microsoft and Google who expressed their concerns about any laws that would force companies to weaken the security of their technology.

The Consumer Technology Association, a trade group that counts Apple, Google, Facebook and Amazon among its 4,000 members, spoke to an audience filled with government officials at a lunch hosted by the Media Institute. Gary Shapiro, president of the association told officials that the bill is "dangerously overreaching and technically unsophisticated," and that the "bill would essentially make effective cybersecurity illegal in the United States, pushing companies that take cybersecurity seriously offshore."

This kind of behind-the-scenes lobbying has become de rigueur in Washington as the battle over encryption shifts to Capitol Hill. It is the next phase of a bitter divide that spilled into public view this year when Apple refused to comply with a court order to help bypass security functions on an encrypted iPhone.

"There's no question our relationship with the tech industry has gotten worse, and now it seems like the tech industry is taking every opportunity they have to put up obstacles in our way, including trying to derail legislative efforts that would give law enforcement what they need to keep people safe," said Terrence Cunningham, president of the International Association of Chiefs of Police. For more on this story, read the full New York Times report here.