Microsoft's Retail Stores don't have much of a Pulse 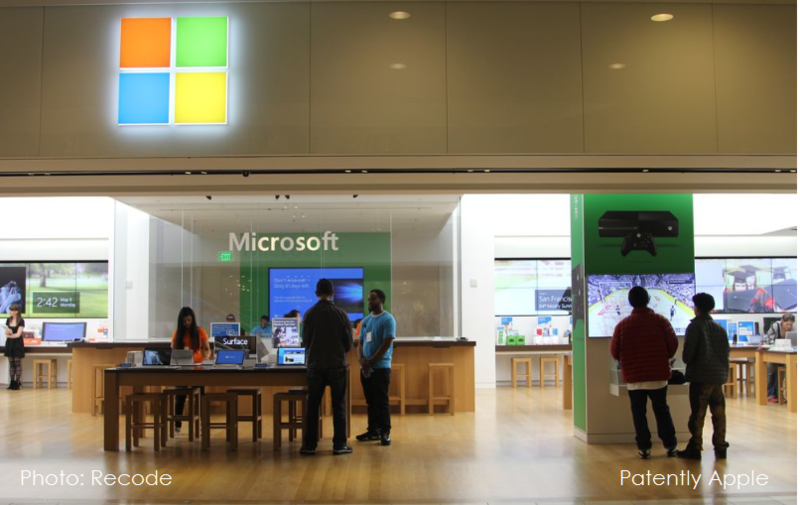 Microsoft's stores have a warm decor, plenty of helpful staffers and an array of PCs, phones and devices. They could use a few more customers, though, writes Recode's Ina Fried. "It's hard to know exactly how the stores are doing since Microsoft won't comment on either sales or traffic figures. It is fair to say, though, that it is not uncommon to visit stores in which workers outnumber customers. In San Francisco, even the tiny Amazon kiosk a floor below often has more customers than the far larger Microsoft store.

Microsoft retail general manager Kelly Soligon said in an interview at the company's downtown San Francisco location: "Are we pleased with our traffic? Yeah. Do we always want more? Yes."

Microsoft began its retail effort with a handful of stores in 2009 and now has more than 100 locations in the U.S. and Canada. Microsoft doesn't shy away from the comparison, but resists the notion that it is a mere copycat.

Because the stores are rarely super-crowded, it's actually easier to get some 1:1 time. While stressing the stores are there to sell products, Soligon said they are also there to showcase Microsoft and all its endeavors."

Every couple of weeks I like to trek over the Apple Store, Best Buy and the Microsoft store just to check out what's new, ask questions, tinker and watch to see what people are generally interested in. Ina Fried's view that it's not uncommon to see more Microsoft store staffers than customers at times is fair.

After a year in my city, I'm sometimes amazed that the Microsoft store still can't drum up much excitement for their stores. It's in the busiest mall next to Nordstrom that is always packed and still it rarely has more than 10 people in it at any one time. The Apple Store, on the same floor two minutes away, its common to see packed product tables and the store buzzing with chatter and laughter.

I like the Microsoft store in that they offer stools at each table so that I can relax while tinkering on a notebook or desktop. The people are friendly. But it's just so empty most of the time. It's like when I go to Best Buy and see no one at the Samsung Kiosk. Apple just has the right products and knows how to excite their base. Something no other OEM has yet to figure out how to duplicate.

If you have a Microsoft store in your city, do you see it any differently?