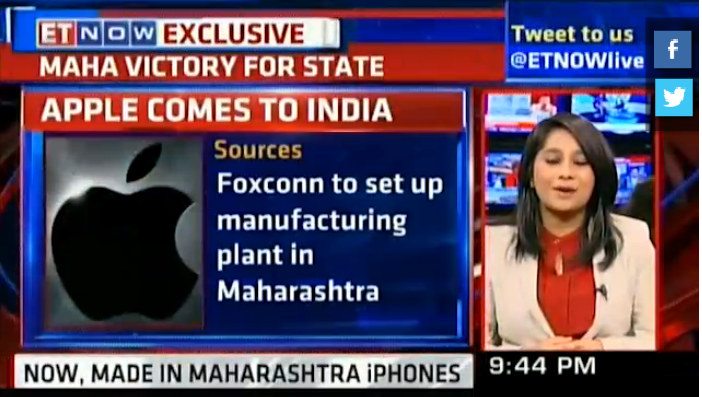 One year ago we posted a report titled "Foxconn May be Working on iPhone Assembly Plants in India." In a second report last May we noted that "One of the leading technology sites in India reported late last week that Foxconn has been given the approval to build new plants that will make future iPhones in the Western Indian state of Maharashtra whose capital is Mumbai."

Today we're learning that the Foxconn iPhone plant has been given approval for Maharashtra, reports the Economic Times. The plant will cost $10 Billion dollars and take up 1,200 acres. The deal that is close to signing will take about 18 months to set up the plant. If the deal pans out, it will have been one year from rumor to fact.