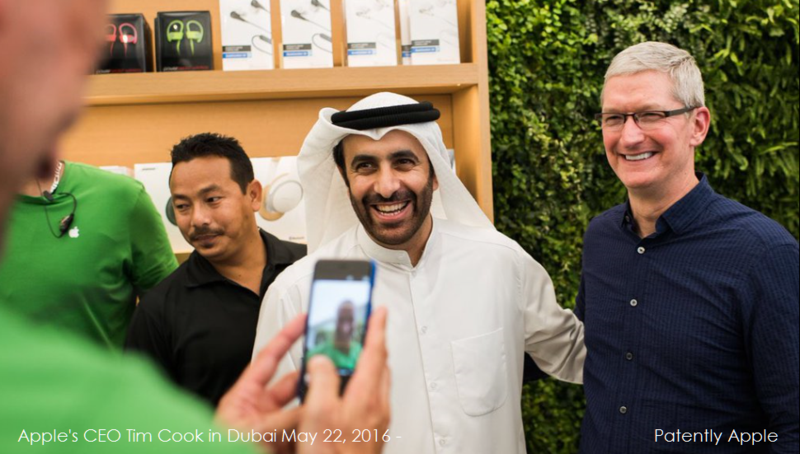 After a long business trip that began in China and continued on to India up until yesterday, you'd think that Apple's CEO Tim Cook and team would be glad to return back to Cupertino. Instead, Cook made a surprise visit to an Apple Store in Dubai later on Saturday. Cook unexpectedly walked into the Mall of the Emirates outlet before shaking hands and taking selfies with customers and employees, reported Gulf News today.

During his visit, Cook named Dubai as a key market for the Apple brand. He said: "It's important to have a retail store in key markets. Not every market can support one, but Dubai can clearly support more than one, so it's great to be here." 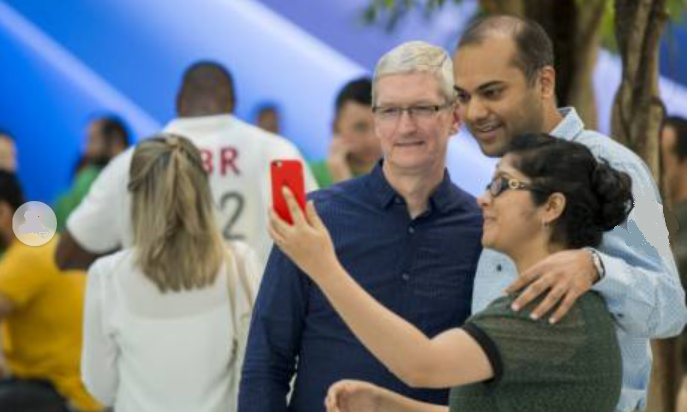 Apple's CEO told Gulf News that the company will continue to grow its presence in the Middle East, opening more retail stores and also looking to help governments bring technology-based services into the modern age. Cook further noted that "The last time I was here there were no stores. We’ve got our first one here now, and we have one in Abu Dhabi as you know. We’ll have more over time."

Cook later added that "I think if you look out and you think about some of the world's biggest problems today, technology should be a part of the solution of all of that. That's why we get up in the morning. The world has lots of big challenges and some things which are basic are also profound, like feeding people and clean water and clean air and trying to get people to live better longer. I think we can play a role in many of them."

With Apple missing their latest financial quarter and lowering their forecast for the current quarter, Cook knows that the market wants Apple to launch more products that are innovative to get back on track. Yet Cook stuck with his standard responses with Gulf News by stating that "What we are focused on is delivering the best products that really enrich people's lives. That's the benchmark that we measure ourselves to. We don't measure it to selling the most or even being first. We don't measure to that. We'd rather get something right.

The media loves empty tech buzz looking for the next great thing. They hailed the Amazon' Fire smartphone that went down in flames. Amazon's Echo was a nice idea but has yet to catch on and be a money maker. Oculus Rift was a big buzz but there's a lot of testers that have gotten motion sickness and Venture Beats stated in December that "To handle VR graphics, gaming PCs have to be 7 times more powerful." So it's really just a "work-in-progress." And then there was the super buzz of Google Glass which is still a major failure until further notice

It's easy to talk up innovation – it's another to actually bring it to market in a timely manner and have the public fall in love with it – and yes – make money. Other projects still in the air include skin ID tattoos, Project Loon (the internet air balloon network), Project Tango (a 3D smartphone camera) and Project Ara – that might actually dribble out sometime next year according to the latest news on that project. That product kept having the module magnets falling off.

Year in and Year out Apple continues to innovate. They don't promote half baked concepts and big dreamy "projects" in the press during a developer conference only to quietly have them die on the vine. The press is so easily motivated to write about every major concept as the next great thing and how Apple is being replaced by Google and Facebook.

In the meantime, Apple's Tim Cook stays focused, keeps Apple's powder dry until it's time to crank up the volume on real new products and services. Yes, it could get boring at times as we wait for the next cool thing – yet we're bound to get our next fix in about three more weeks when Apple's Keynote at the WWDC 2016 takes place. Between what will roll out of the developer conference and the iPhone 7 coming later this year, the buzz will return and Apple will be the one getting the last laugh, again.