The U.S. Patent and Trademark Office officially published a series of 66 newly granted patents for Apple Inc. Patently Apple covered dozens of Apple's smartpen patents during a time when the Apple community said it was an invention that would never, ever come to market. We kept covering these inventions and even discovered rare ones that were originally filed in Europe. Today, one of the patents that we first discovered in Europe has now become one of Apple's latest granted patents. One interesting idea in particular found in this invention is that the pen's tip could be switched, via a touch sensitive ring around the pen, to provide the Apple Pencil with new added features such as a camera/scanner device that could read bar codes, Touch ID and more, which would be great for taking inventory.

Apple's newly granted patent generally relates to touch sensing and more particularly, to providing an intelligent stylus for use with a touch sensitive device. As you could see below, this advanced version of the Apple Pencil will have replaceable tips that would allow the Pencil to add features such as a camera, Touch ID ( via #313 ID sensor), a flashlight or a paint brush tip with bristles. . 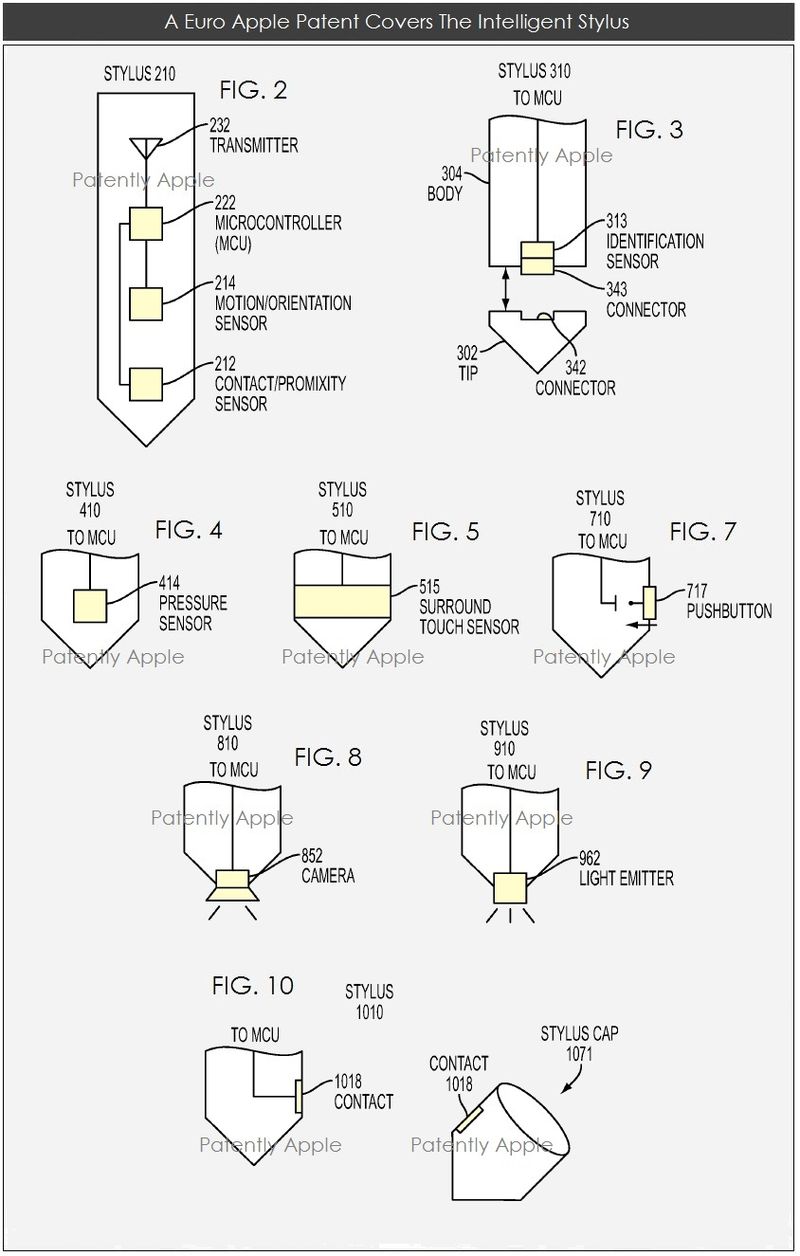 Apple's granted patent 9,329,703 was originally filed in Q2 2011, the year that the first iPad came to market. Patently Apple first covered this patent that was an application in Europe along two other revealing pen-related inventions posted that day. You could review our original patent report for more details and graphics here.