Home Archives Contact Us Subscribe Twitter Facebook Patently Mobile
Google Autonomous Vehicle Patent: Glue a Pedestrian to the Hood of the Car when struck ... Seriously
Apple's Angela Ahrendts gives us a Peek at New Apple Store Concepts Coming to a Store near You 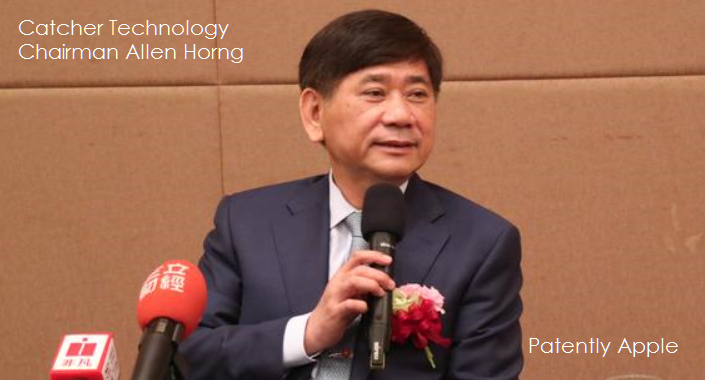 For the three months ending in March, Apple Supplier Catcher Technology's net profit fell 10.6% and its revenue slid 3.2% amid weakening demand for high-end smartphones. In April, its revenue continued to decline, falling nearly 15% year on year. With the pressure on the company to turn things around, it was in Catcher's Chairman's interest at their annual shareholders meeting to downplay Apple's shift to a new glass form factor away from their metal casings.

Catcher's Chairman Allen Horng told reporters today that as far as he knew, only one iPhone model would be adopting a glass casing in 2017, adding that "I don't think this move will have an impact on Catcher's revenue as glass casing still needs a durable metal frame which requires advanced processing technology and would not be cheaper than the current model."

The rumor of Apple shifting their form factor to one using curved glass surfaced in March and repeated in April by Apple analyst Ming-Chi Kuo at KGI Securities who holds a decent track record at forecasting upcoming Apple products. Apple just so happens to also have a patent covering an iPhone with a liquid metal / glass form factor that breaks with the current iPhone designs.

Of course if Apple was going to make a dramatic shift to a new form factor using new materials, they wouldn't be revealing that to Catcher who admits that they may have to hedge their bets and look for new customers to keep production going should Apple actually move away from their cases.

Still, it was interesting to hear that Chairman Horrng thinks Apple is considering glass for just a single design or model as it could represent a special anniversary iPhone or the introduction of a new Pro iPhone model. This is definitely something to keep in mind for next year.

In the end, while it was interesting to hear Catcher Technology's Chairman comment on the glass iPhone for only one model, his motivation to downplay the rumor makes sense being that he's currently trying to keep his shareholders calm in the face of a rumor that could hurt his business that's already experiencing a shaky first half.

Horng told shareholders that while Catcher will suffer a year-on-year decline in the first half, it will enjoy a healthy rebound in the second half of 2016 – no doubt due to the iPhone 7.