Apple's iPad Program in 114 Schools is winning over Teachers 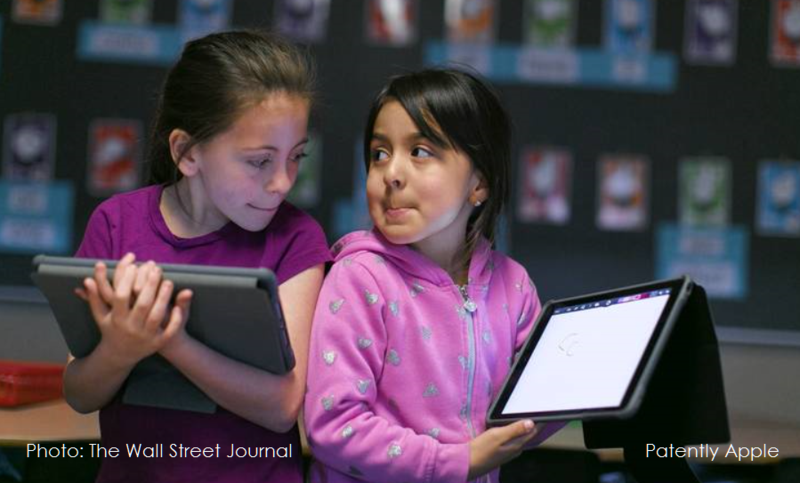 In Yuma, Arizona, fourth-grade teacher Blanca Rivera wasn't thrilled when she heard that Apple would be providing each of her 31 students with an iPad. She thought iPad's were "just for games," and wondered how they would help students learn, reports the Wall Street Journal.

"Eight months into the school year and her students are using iPads to create presentations about angles, produce videos about the water cycle, and assemble digital books about fractions.

Ms. Rivera's school, H.L. Suverkrup Elementary, is part of an innovative effort by Apple to use technology to help level the playing field between rich and poor students. The experiment, part of an Obama administration initiative, is aimed at overcoming obstacles that have hobbled previous efforts to realize the promise of tablet PCs and other gadgets to make learning more enjoyable and effective.

Apple is trying to change that partly through more support for educators. At 114 schools nationwide, including eight in Yuma, it is providing each student with an iPad, teachers with iPads and MacBook computers, and classrooms with Apple TVs." Whether or not Apple is providing these schools with software they acquired from 'LearnSprout' is unknown at this time.

The report further noted that "At some schools, Apple also helped build Wi-Fi networks. The company, which committed $ 100 million to the nationwide effort in 2014, assigns an employee to spend 17 days a year at each school, training teachers and helping prepare lessons. The employees, all former teachers, recommend apps and sometimes demonstrate techniques on teaching with iPads.

Apple is targeting schools with scant technology resources. Yuma is a farming community near the Mexican border with 18% unemployment. Per-pupil spending here is slightly more than half the national average. Nearly all the students qualify for free or reduced-price lunches.

Some teachers worry about what will happen after three years when Apple's grant expires and the district can't afford to buy new tablets. "That's been on the front of my mind since the day I wrote the grant proposal," said Trina Siegfried, who oversees the program.

Apple's Eddy Cue, senior VP of Internet Software and Services, said that if the technology proves effective, it will be easier to find continued funding. "You have to solve the problem you have today and not worry about the problem you're going to have tomorrow." For more on this story, see the full Wall Street Journal report here.

To date, the Organization for Economic Cooperation and Development, a group of wealthy nations, recently said schools investing heavily in technology showed "no noticeable improvement" in test scores. The group said students who use tablets and computers heavily actually tend to underperform those who use them moderately.

Yet to be fair, there hasn't been a program like the one that Apple has put together. As a new pilot, Apple may be able to break the mold of previous technology implementations. And considering that Apple is going out of their way to support schools with scant technology resources, there's nothing to do here but applaud Apple for making the commitment that they have, instead of trying to erect a negative wall of skepticism. It's a real case of either seeing the glass as half empty or half full. If you're an optimist you'll see the latter.