Last February we posted an Apple patent report that presented an alternative Touch ID methodology wherein users would be able to use the full device display as a fingerprint scanner as opposed to using the Home Button where Touch ID resides today. Today we learn that LG Innotek has now invented a fingerprint sensor module that's built under the display's glass. LG Innotek, the world's largest smartphone camera module maker said in a statement yesterday that "This will bring a paradigm shift in smartphone design, as the module won't require an existing circular or rectangular fingerprint sensor button." 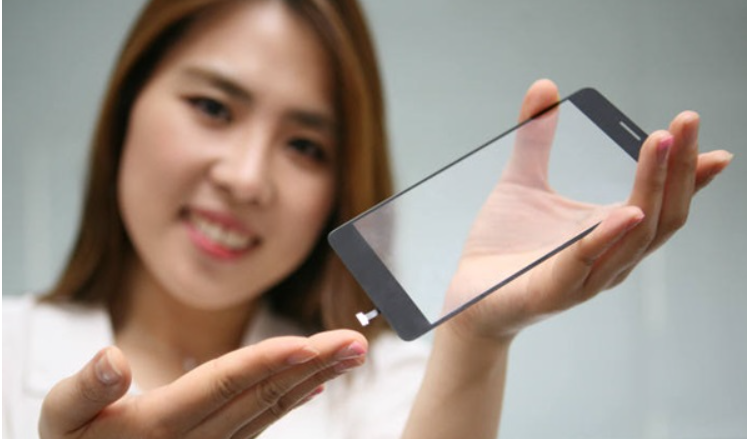 The electronics parts maker of LG Group said the module's security level is also on par with that of existing button-type fingerprint module, as the in-glass fingerprint module comes with a 0.002 percent of error rate.

Another advantage to LG Innotek's invention is that "the button-less fingerprint module will also help handset manufacturers to improve such features as waterproofing and dust protection."

Last November we reported that Apple's in-house developed TDDI solutions had fallen behind schedule. We further noted that "Apple was reportedly working on a full iPhone display that drops their classic Home Button. The TDDI single-chip solutions will also come with integrated fingerprint sensors. The integrated design would fit into future iPhone designs – models with ultra-thin and ultra-narrow displays, and with a whole plane design eliminating the Home button."

LG Innotek is part of the LG Group which is an Apple supplier for iPhone/iPad displays. Whether Apple will take advantage of this breakthrough from LG Innotek for future iOS Devices or use their own patent-pending technology using a different OEM is unknown at this time.