Apple's CEO has a Big Agenda in India this Week

Apple's CEO has landed in India for a week's long stay with a packed agenda. Earlier we reported on Apple's "First-of-its-Kind iOS App Design Center and Development Accelerator in India." We now have learned that Cook and his team will be meeting with the top telcos in India to forge new partnerships for the distribution and sale of devices. Apple believes that India's widening 4G nework will help to boost iPhone sales in that country.

Bharti Airtel is India's largest mobile operator and Reliance Jio Infocomm is planning to start nationwide commercial 4G services this year, making them key to Apple's iPhone strategy. A senior Bharti Airtel executive said that they were in talks with Apple for a broader strategic tieup, which may include options such as distribution or selling through retail stores. Cook will be meeting with Airtel's Chairman Sunil Mittal on Friday. 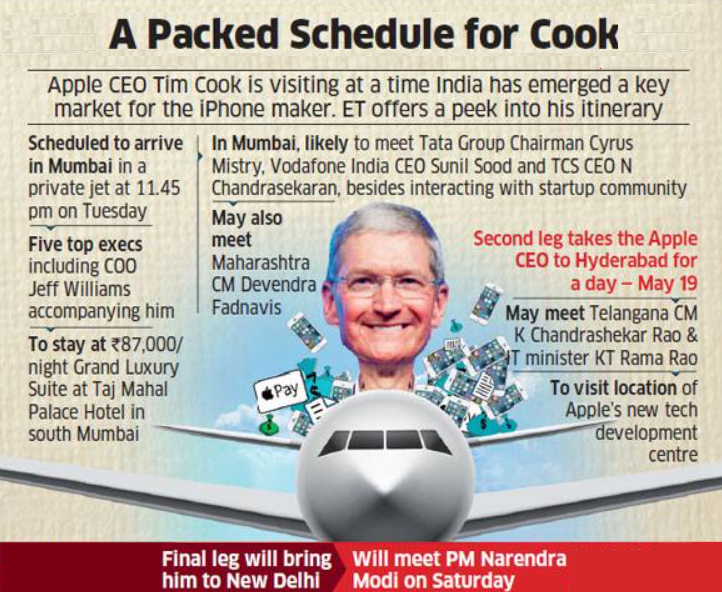 Cook has stated that iPhone sales will significantly improve in India once high-speed 4G networks gain traction across the country. Today, most smartphones selling in India are "low end" due to the existing networks and market economics.

Another India report today notes that Cook will be staying at the iconic Taj Mahal Palace Hotel in a suite costing US$1300 (87,000 Rupees). When in Delhi, the Apple team will stay at the Leela Palace Hotel in Chanakyapuri. One of the other top five executives on this trip includes Apple's COO Jeff Williams. 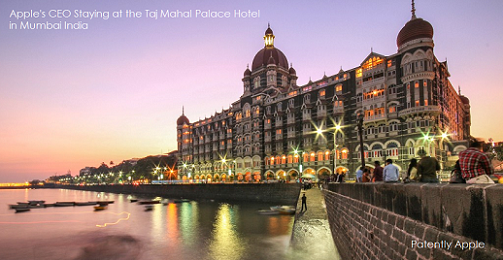 Apple's new iOS App Design Center and Development Accelerator in India that opens in 2017 will be located in a complex called the WaveRock by real estate firm Tishman Speyer.