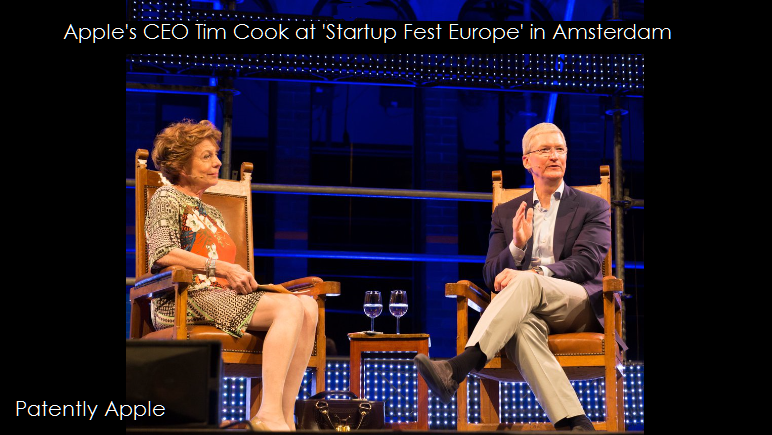 Yesterday we reported that Apple's CEO landed in Amsterdam to Visit AssistiveWare and and while he was there he visited the Anne Frank Museum. Today we learn that Apple's CEO was one of the key CEO's being interviewed at the 'Speaking at Startup Fest Europe' that began in Amsterdam today. Cook interestingly decided to talk more about Apple Watch than any other product.

Apple's CEO noted earlier today that "If you think about some of society's biggest problems and challenges, one of the ones that we are really focused on is health. Health care is an 'enormous' opportunity for Apple." He went on to outline how the Apple Watch could become a warning system for your body, similar to those in cars that warn drivers when something is wrong. He used an analogy of a car which has lights come on when the oil is low for example.

Cook added that "arguably the health care system can be made much simpler, can have much better results, you can have patients that really feel like customers...and have systems and applications that bring out the best in the medical professionals...I think the runway there is enormous."

Apple's CEO made a personal prediction: "we will look back and we will wonder: how could I have ever have gone without the Watch? Because the holy grail of the watch is being able to monitor more and more of what's going on in the body. It's not technologically possible to do it today to the extent that we can imagine, but it will be.

"What is the equivalent for the body? Well it's our mind but our minds convince all of us all too often not to seek help. And...many times we don't know there is a symptom, so if you could have a device that knew stuff about you, it would be pretty incredible and would extend life and extend quality," Cook added. 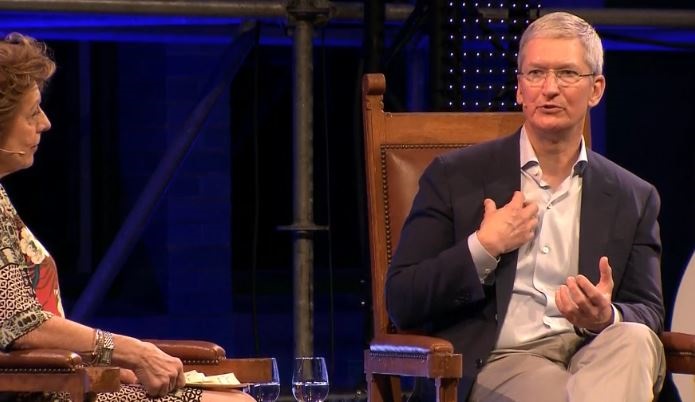 On the topic of Apple TV, CNBC reports that "Cook reiterated his belief that 'apps are the future of TV.' Cook hinted at more to come in the space. 'We have launched our new Apple TV product but it is clear to us as we pull that string that there is a lot left to do and we would like to be a catalyst at changing the world of entertainment.'"