The U.S. Patent and Trademark Office officially published a series of 47 newly granted patents for Apple Inc. today. In this particular report we cover Apple's patent titled "Pointing-Based Display Interaction." This granted patent is one that Apple gained when acquiring Israeli firm PrimeSense. The granted invention covers interacting with a computer or television in a multimodal manner using gaze and pointing interactive controls to manipulate and interact with onscreen menus, interactive games and more. Yesterday CNBC interviewed Cyrus Mewawalla, head of TMT thematic research at CM Research who surprisingly still believes that Apple is secretly working on their own television that would disrupt the status quo. Many of PrimeSense's inventions that Apple acquired cover this area of technology extensively. Is the Apple HDTV still on Apple's unofficial road map? Only time will tell.

A fourth method covers receiving and segmenting a first sequence of three-dimensional (3D) maps over time of at least a part of a body of a user of a computerized system in order to extract 3D coordinates of a first point and a second point of the user, the 3D maps indicating a motion of the second point with respect to a display coupled to the computerized system, calculating a line segment that intersects the first point and the second point, identifying a target point where the line segment intersects the display, and engaging an interactive item presented on the display in proximity to the target point.

The trigger gesture is later explained as being used in interactive video games and other virtual worlds. 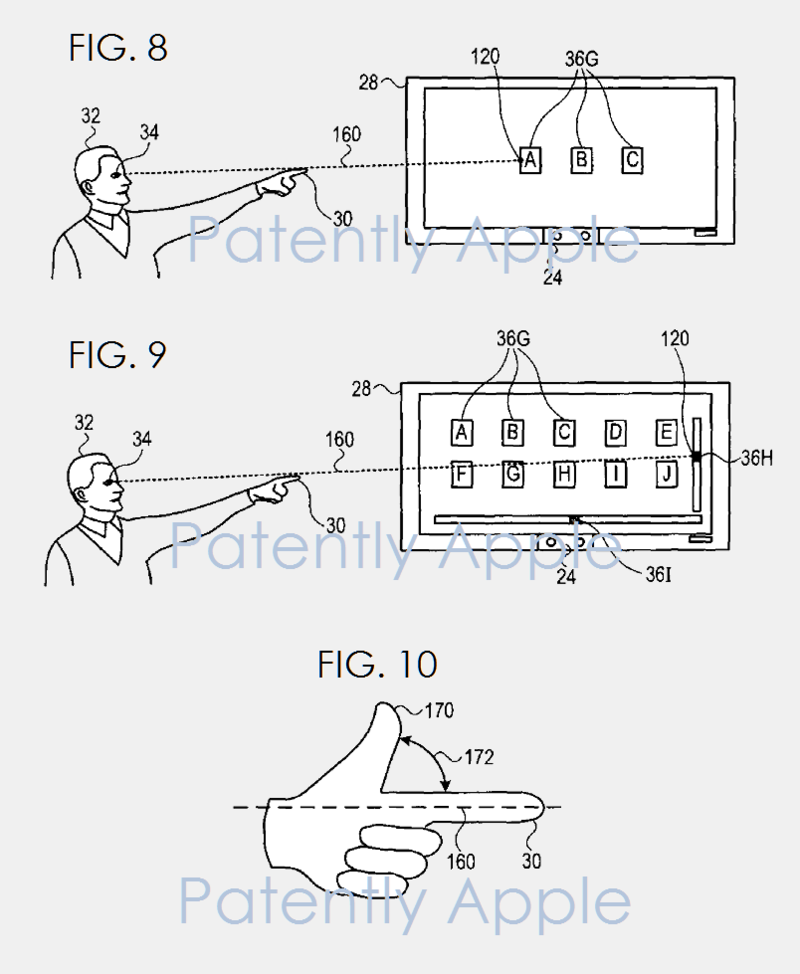 Apple's patent FIG. 1 noted below is a schematic, pictorial illustration of a computer system implementing a mixed-modality user interface; FIG. 3 is a flow diagram that schematically illustrates a method of detecting a direction of a gaze of a user. 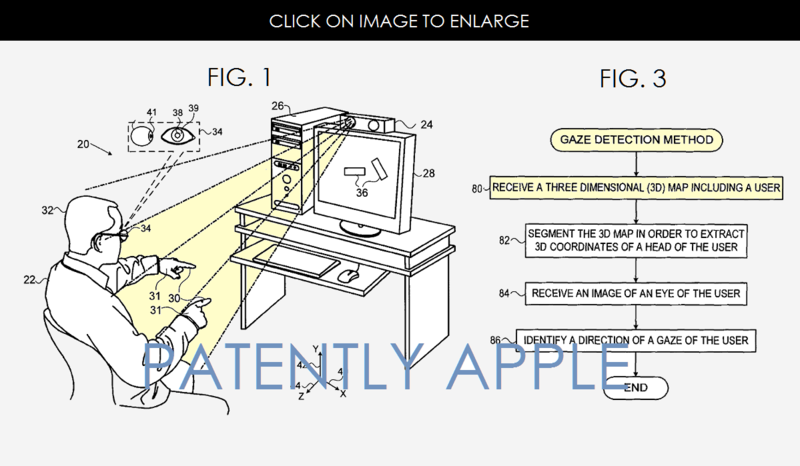 Apple's granted patent 9,342,146 was originally filed in Q3 2013 and published today by the US Patent and Trademark Office.

Patently Apple originally pointed to this Primesense patent being acquired by Apple back in a 2013 report titled "Take a Peek at a Few Key PrimeSense Patents that Apple Gained." At the time the patent was noted as being number 20130321271. Parts of this invention were also covered in a secondary PrimeSense patent that was just granted to Apple for "Gaze Detection in a 3D Mapping Environment" back in March.