Apple Wins Patent for a Digital Newspaper. Is this the Future of Apple News? 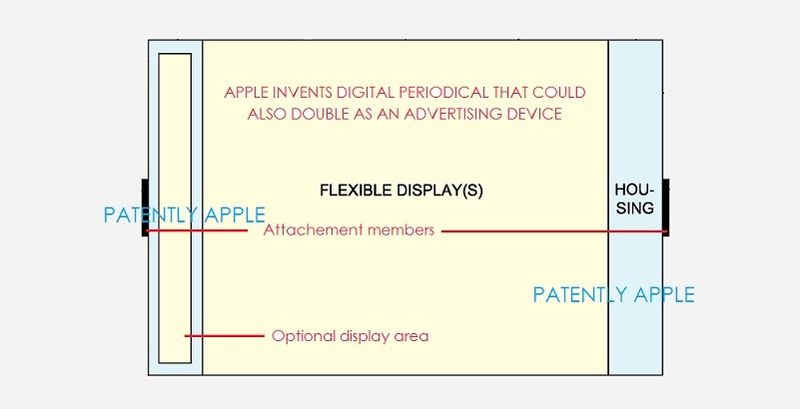 The U.S. Patent and Trademark Office officially published a series of 66 newly granted patents for Apple Inc. today. In this particular report we cover one of Apple's most revolutionary ideas that they've had in some time. Apple's invention covers a futuristic newspaper using a very thin flexible OLED display. Apple reveals that the new device would use an advanced form of MMS to deliver the content to this new kind of device. Apple notes that "Although the availability of multimedia information is ubiquitous, proper viewing, display, and delivery of information for an enjoyable user experience is still lacking. This is especially the case for viewing periodicals such as online magazines or news content on a mobile device where a large display is desirable."

Apple's newly granted patent generally relates to an apparatus and method to communicate multimedia documents or content to a mobile or fixed device over a wireless network. In particular, the mobile or fixed device may be configured as a digital periodical or advertising device to transmit and receive converted multimedia documents or content delivered using multimedia messaging service over a wireless network. 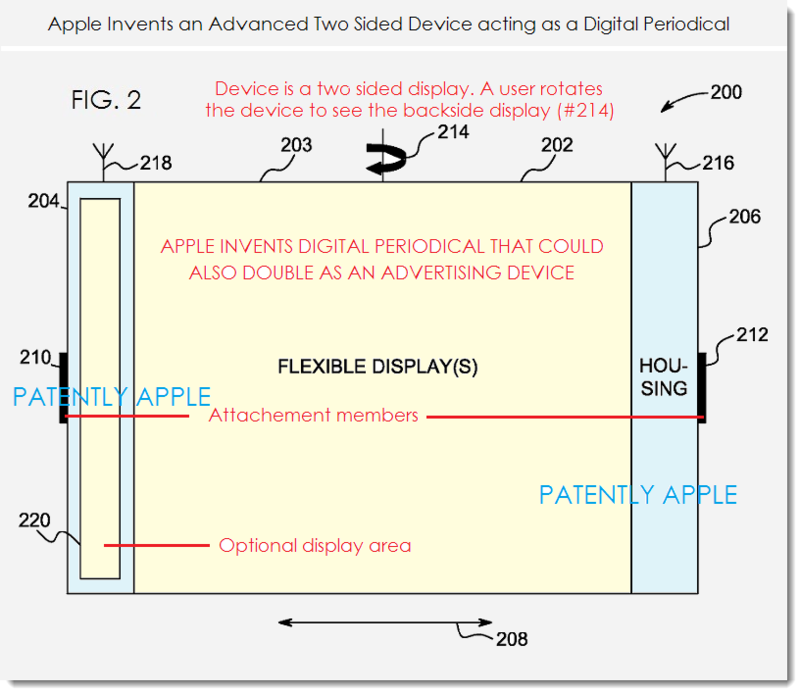 Apple's electronic newspaper will be so thin that it could be collapsed and rolled up for portability. Is this the future of Apple News? 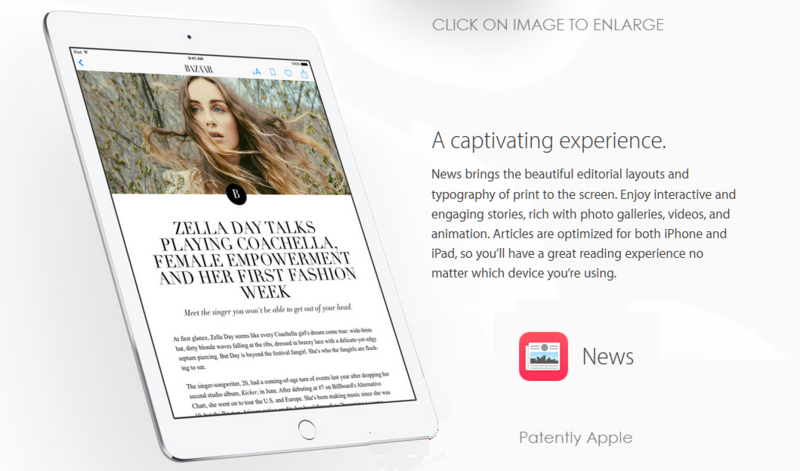 Apple's granted patent 9,332,113 titled "Mobile electronic device with an adaptively responsive flexible display," was originally filed in Q3 2014 and published today by the US Patent and Trademark Office. Patently Apple covered Apple's first granted patent on this invention back in October 2014 which was a total surprise at the time. See our first report for more details here.