Today, the U.S. Patent and Trademark Office published a patent application from Apple that reveals their work on bringing the Apple Pencil to the Mac via a future version of their Magic Trackpad. The Apple Pencil is also being designed to work with in-air gestures to allow users to control presentation slides in Keynote or turn pages in Apple's Pages or MS Office displayed on a monitor of room display. And one more thing: Apple Pencil will work as a joystick for games, act as sword or wand and much more.

According to Apple's patent filing, a future version of the Apple Pencil referred to as "The stylus," may be used to provide input for controlling external electronic equipment. The electronic equipment may have a touch sensor that receives electromagnetic signals from electrodes at the first end of the stylus. 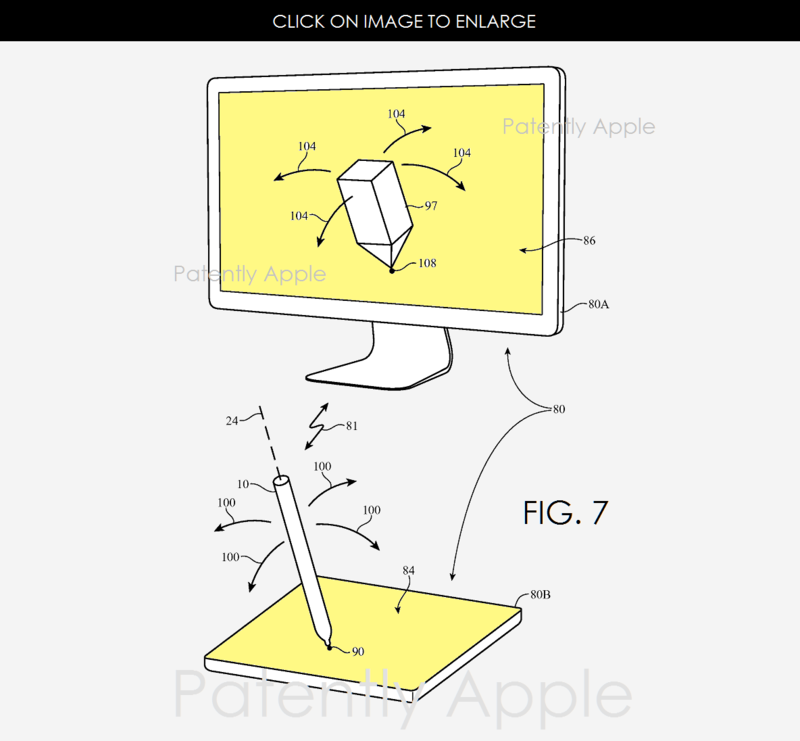 Apple Pencil for Gaming & Beyond

Apple Pencil could also work with a future version of GarageBand where the motion data that is received from Apple Pencil will allow it to be used as a drum stick, a xylophone mallet, a gong beater, a conductor's baton, or other musical instruments.

When running business presentation software, Apple Pencil will be able to work with productivity software and "used as an air mouse" to move cursors such as a pointer and with motion gestures gathered with Apple Pencil may be used to flick forwards and backwards through pages in a presentation document. 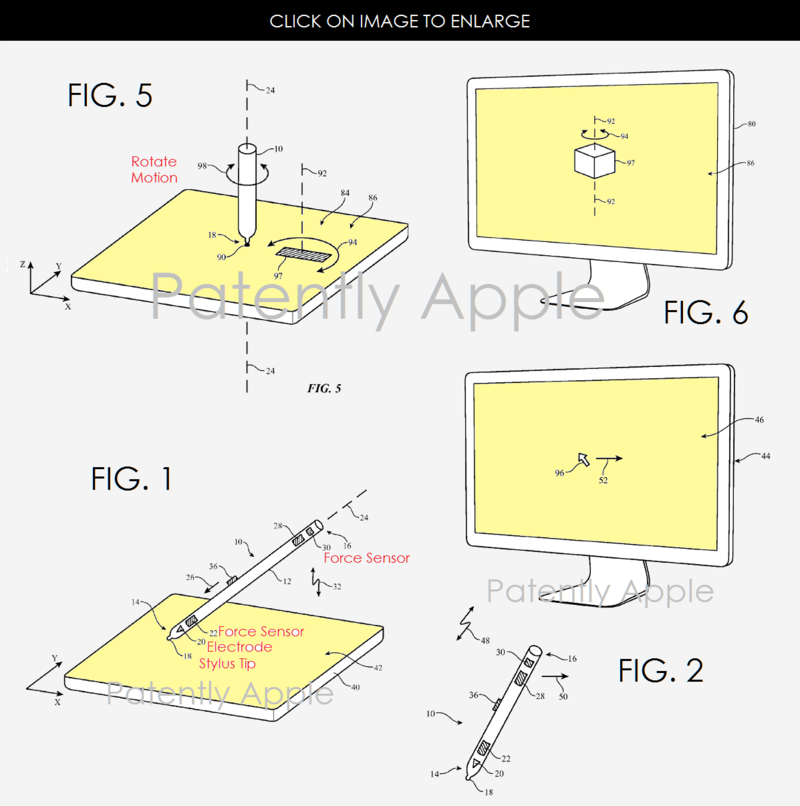 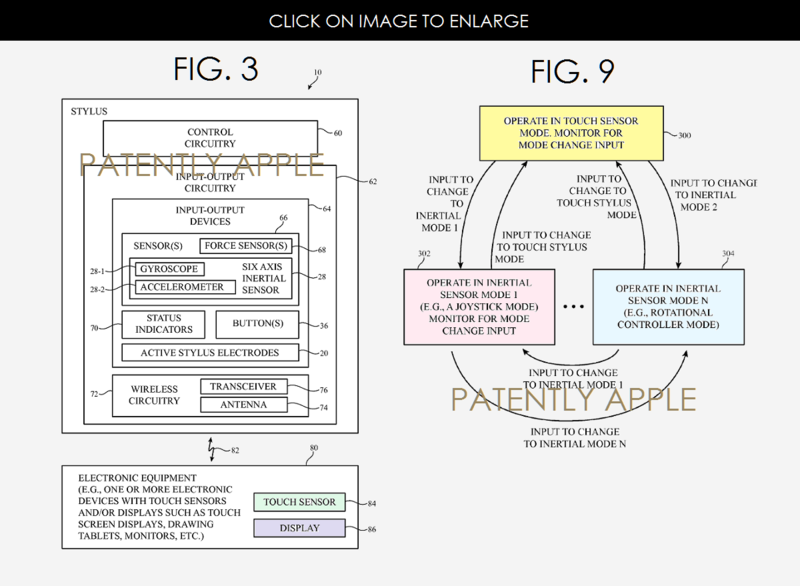 Apple's patent FIG. 3 is a schematic diagram of an illustrative stylus and external equipment; FIG. 9 is a diagram illustrating operations involved in gathering and using different types of input from a stylus.