Apple Still the top PC OEM in a Crumbling Market

Apple continued to lead the market into the first quarter of 2016 with shipments over 14 million units, despite falling 17%.

Lenovo shipped some 25,000 units less than Apple (with Apple's iPad sales being vastly superior to Lenovo tablets) as its decline moved into double digits on the back of weakening sales in Greater China.

Apart from two-in-ones, which grew just over 13%, shipments were weak across all categories, as vendors struggle with declines in global PC demand. Tablets continue to be the worst affected category, with shipments falling around 15% to just under 39 million units. 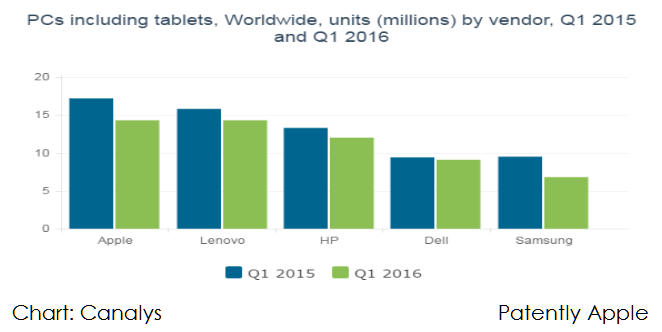 All PC categories in Asia Pacific continue to experience weakness, affected by improving quality and falling prices in the smart phone market. In low-income markets, notebooks and tablets are no longer must-have products and multiple device ownership is becoming less common. PC shipments in Asia Pacific and Greater China dipped 14% as the Chinese market saw its third consecutive quarter of double-digit declines.

North America was the best performing region in the quarter, with PC shipments falling around 5%. The tablet market in the US was aided by shipments of large screen detachable tablets such as the iPad Pro and the Surface Pro 4. Shipments of two-in-ones and detachable tablets are expected to continue to do well in the US and will grow in high income markets. New form factors will trigger an increase in PC ASPs, benefitting the two-in-one and tablet categories at the expense of notebooks.

Tim Coulling, Canalys Senior Analyst commented that "The global PC market had a bad start to 2016 and it is difficult to see any bright spots for vendors in the coming quarters. The tablet boom has faded in the distance and the market is fully mature. Global shipments declines are expected to continue unless vendors bring transformational innovation to the market. Apple and Microsoft are propping up shipments in established markets with their detachables, but price points make them less affordable in low-income countries. Although other vendors are coming to market with cheaper alternatives, they are unlikely to have a big impact on volumes in the short term. The number of people looking to buy their first PC is at an all-time low and 2016 is likely to bring yet more turmoil to global PC vendors."

Next generation Intel i7 desktop processors are due to arrive in late June and will be adding almost double the cache to 15 MB and offering 6 cores from 4 at the low end and dramatically improving the top end to 10 cores as noted below with the i7 6950X being for gamers. Crazy powerful new video cards from Nvidia and AMD will be launching shortly in an effort to excite gaming and coming VR users. 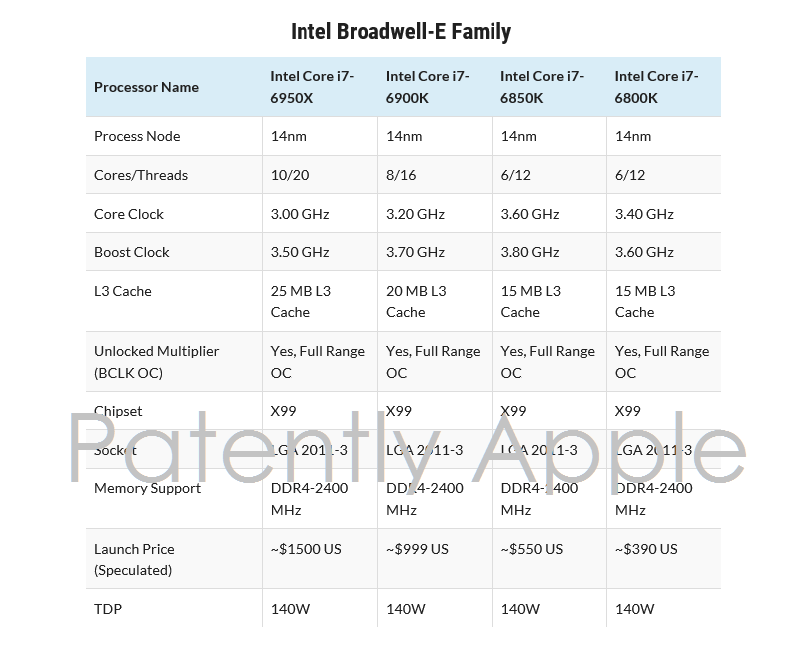 Though at the end of the day, it may come down to the future success of hybrid computers like Apple's iPad Pro (which is the top detachable) and Microsoft's Surface 4 and Surface Book-like designs that could appeal to both mobile and enterprise users looking for a blend of touch displays for leisure reading and a physical keyboard for productivity.