The U.S. Patent and Trademark Office officially published a series of 66 newly granted patents for Apple Inc. today. In this particular report we cover another Force Touch invention that may provide future MacBooks with added dimensions to their current Force Touch feature set that could be very cool.

Although Apple has integrated Force Touch into MacBooks already, there could still be more to come in the future by placing more sensors into the feet of the MacBook as noted below which could provide extra features or dimensions to Force Touch. 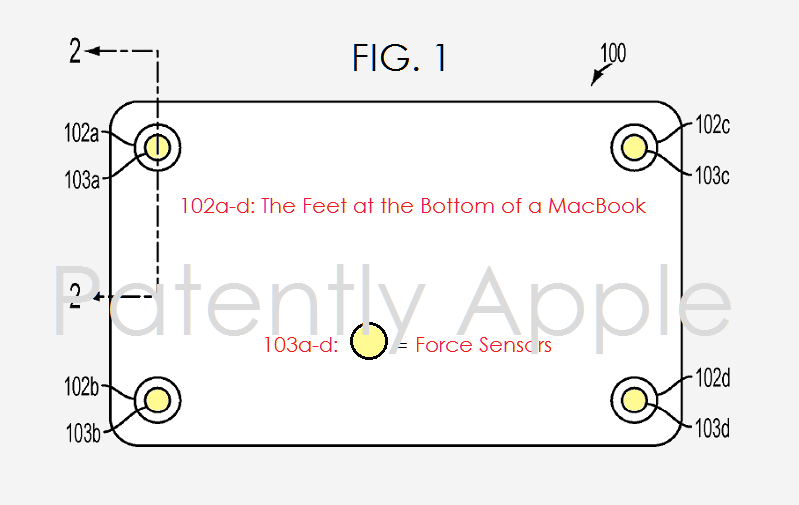 A MacBook Running Cool on your Lap

One of the cool features of this invention is described this way: force data may be received indicating that a laptop computer is on a lap as opposed to an even surface such as a table. Such force may not correspond to force exerted by a user, but the force may be interpreted as a command to engage a cooling mechanism of the laptop such that the laptop does not reach a temperature that is uncomfortable for a user's lap.

Controlling iTunes when the MacBook Lid is closed

This patent also discusses bringing force sensors to the MacBook and iMac displays and not just the touchpad even though Apple has publicly denied it would ever be available.

Apple's granted patent 9,329,685 was originally filed in Q1 2013 and published today by the US Patent and Trademark Office.