The U.S. Patent and Trademark Office officially published a series of 55 granted patents for Apple Inc. today. In this particular report we cover Apple's granted patent titled "Three-Dimensional Mapping and Imaging." Apple inherited this particular invention from PrimeSense which is part of a larger family of inventions that will possibly allow future devices such as an iPhone, iPad, iMac and/or Apple TV to be controlled by advanced in-air gestures.

Apple's newly granted patent generally relates to mapping of an object in three dimensions, and specifically to combining such mapping and imaging functions.

Apple's patent FIG. 1 noted below provides us with a schematic, pictorial illustration of a system #20 for 3D mapping and imaging. In this example, an imaging assembly #22 is configured to capture and process 3D maps and images of an object #28 (in this case the hand of a user, who may also be the operator of the system). The maps and images may be used by a host computer or console (Apple TV perhaps) as part of a 3D user interface, presented on a display, which enables the user to interact by means of gestures with games and other applications running on the computer. 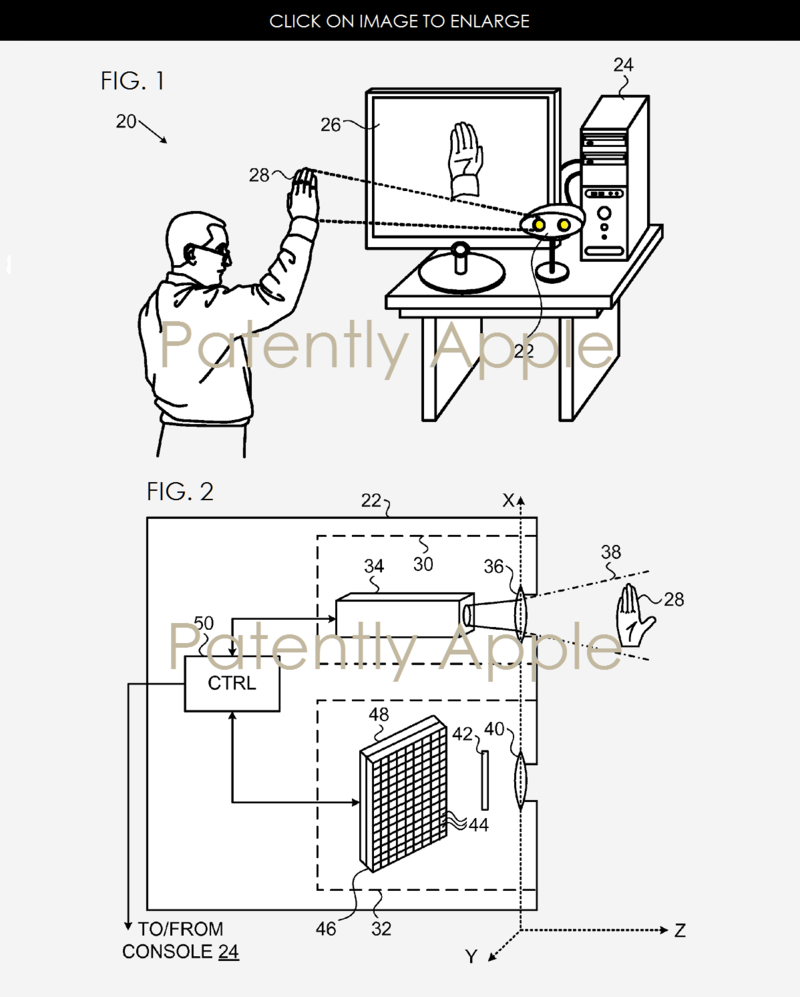 For more details, see Apple's granted patent 9,350,973 which was filed in Q1 2014 with history going back to 2009. Another similar patent was granted to Apple last September.