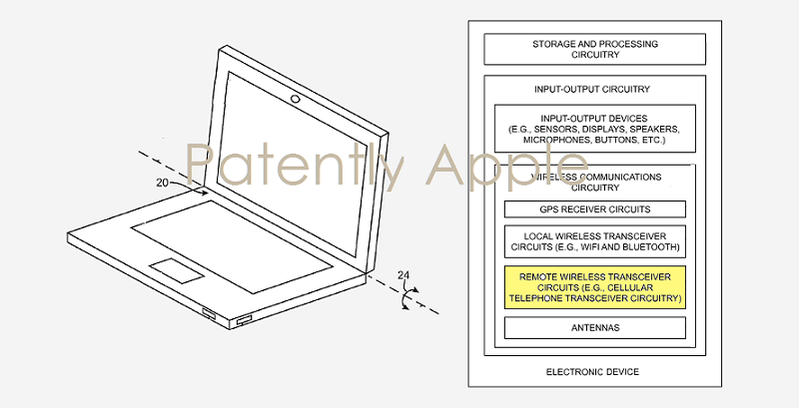 The U.S. Patent and Trademark Office officially published a series of 55 newly granted patents for Apple Inc. today. In this particular report we cover we cover an Apple invention related to the category of cellular MacBook. Today's patent is titled "Electronic device with dual clutch barrel cavity antennas." Apple has a number of inventions on this technology front that could be reviewed in our archives. 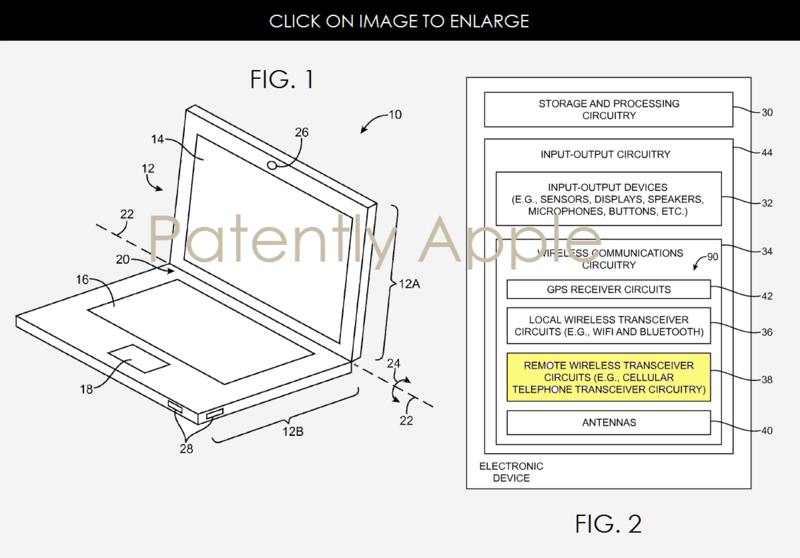 Device #10 may be a laptop computer as illustrated above, or desktop, Apple TV, iPad, iPhone or other portable."

Earlier today we reported that Apple's Q4 MacBook Pro may include a new mini-display function key bar. This would be a great time to add cellular connectivity to a MacBook. Being an OLED based mini-display function bar, it could also double as a favorites dock and have iOS like icons as noted below. That would be very cool if it ever came to pass.

See Apple's granted patent 9,350,068 for me details. Apple patent was originally filed back in Q2 2015 and published today by the US Patent and Trademark Office.