Last month we posted a report titled "Apple Wins Design Patent for Large Swing-Out Glass Doors for Next Generation Apple Stores." Today Patently Apple has discovered eight granted design patents in the Hong Kong database covering next-gen Apple Store front designs. The designs were issued late yesterday illustrating in-mall styled Apple Stores that have large pane swing store doors, a large display on the back wall and more as compared to their larger flagship stores that we've seen Apple open in China over the last couple of years. Apple's CEO Tim Cook noted during the Q&A session of their Q2 Financial Conference Call in April that they're planning to open five more stores in China this quarter. Whether any of the new stores opening this quarter will be based on their in-mall styled store designs is unknown at this time.

Apple was granted eight design patents yesterday in Hong Kong China for a series of next-gen Apple Store front designs. The designs are numbered 1501757.3M001 through to 1501757.3M008. Five of the eight are presented below with the others simply being slight variants from those presented. 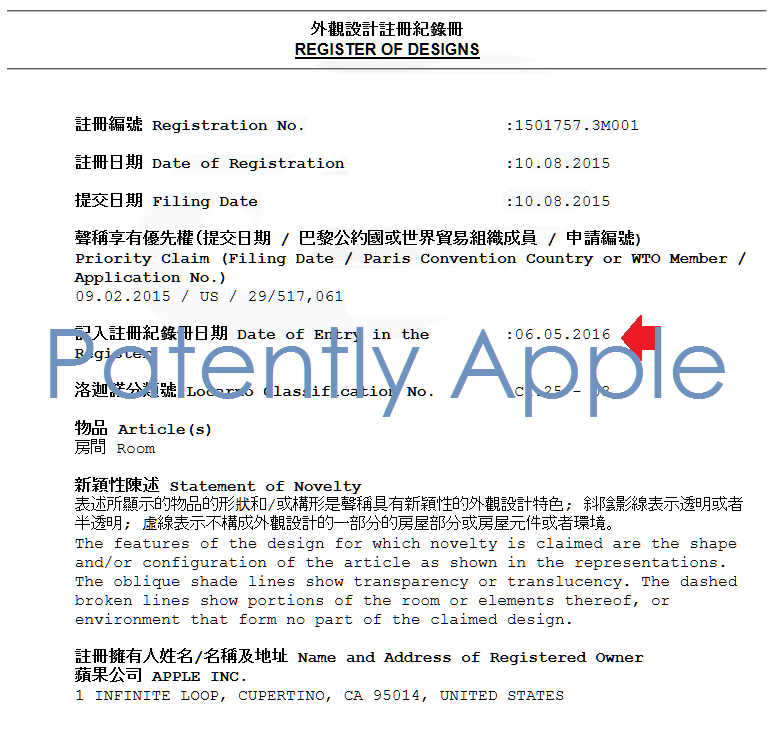