The U.S. Patent and Trademark Office officially published a series of 65 newly granted patents for Apple Inc. today. In this particular report we cover an Apple patent that we originally covered back in August 2012 titled "Apple Invents Mind Boggling Next Generation Smart Cover with Multi-Touch Flexible Display, Solar Panels & Built-in Keyboard." At the time it was one of those inventions that most Apple fans thought was just too far-fetched to ever come true because Apple didn't even have a smartpen and most thought would never have one. Well, four years later and we have the iPad Pro with Apple Pencil and Smart Keyboard, both of which are part of today's granted patent.

Apple's granted patent was richly detailed in our original report that we referenced above and covered a smart iPad cover with a flexible display; solar panels for energy harvesting; inductive charging; smart keyboard; and even forecasted Apple's Smart Connector as noted below. 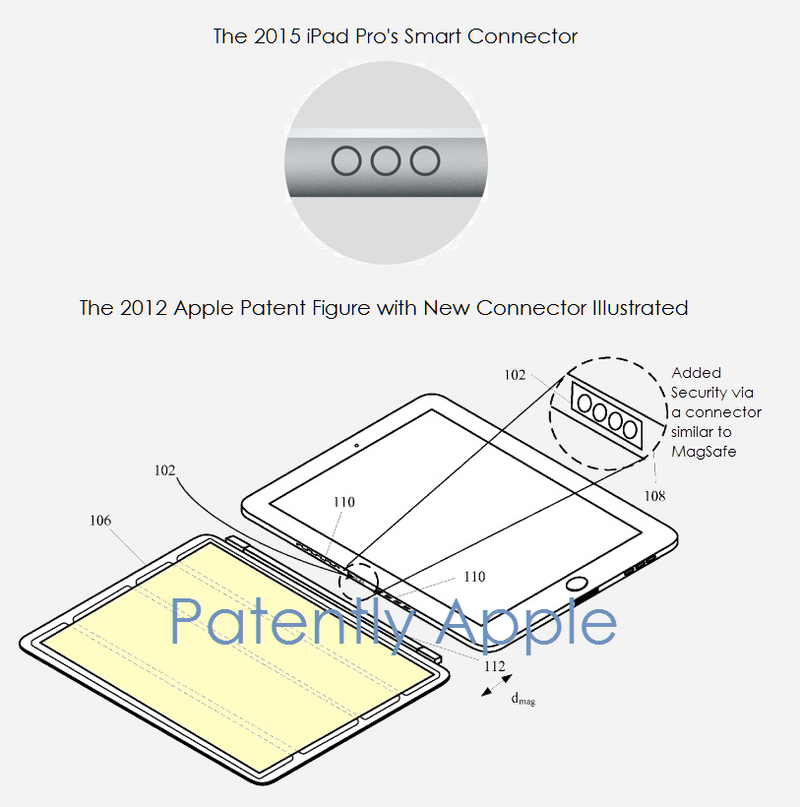 The great thing about this patent is that it was jam packed with futuristic ideas of which half have come to life. Will their other ideas come to life in the not-too-distant future? While only time will tell, today's granted patent 9,335,793 was originally filed in August 2011 and published today by the US Patent and Trademark Office. And once again, check out our 2012 patent report for more details.

Below is Apple's patent FIG. 5 which shows a perspective view of a tablet device with a keyboard and touch screen integrated into the flap portion. 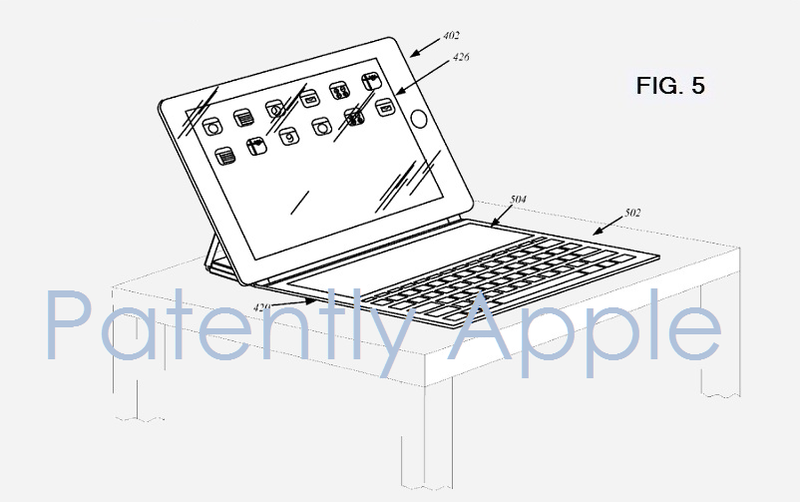