A report from Tokyo's Nikkei Asian Review bluntly stated that Apple had cut iPhone production by an estimated 30 percent in Q1 and plans to extend that slowdown through Q2. The news spread quickly to major news sites in North America including Bloomberg, Reuters, USA Today and others. While the market is acting surprised, the slowdown was made public from Apple's supply chain in February. We reported that "Sales performance of major suppliers in the iPhone 6s device supply chain is likely to stay flat in the first half of 2016 due to decreased orders from Apple." Our report further noted that "Although Apple is expected to launch a 4-inch model, tentatively named iPhone 5se, in the first half of 2016, new contract orders for the new model would not be sufficient to make up the shortfalls caused by the decreased orders for iPhone 6s devices." This is exactly what's playing out now to the letter.

According to a Bloomberg report that was posted on Wednesday, "Apple supplier TSMC was noted as grappling with the most pronounced slowdown in global mobile demand on record. Apple has predicted its first revenue decline in more than a decade and worldwide smartphone sales in 2016 are expected to rise by a single-digit percentage for the first time, according to Gartner Inc."

Samsung feared a slowdown would crush their hopes of a rebound this year with the new Galaxy S7, so they dashed out of the gate by holding massive 2-for-1 sales just to make the market believe that they were actually breaking sales records. A give-away is not a sale, it's a volume notch. The Korean Press was even surprised at the extent of the sales. They noted that one sale included giving away a 48" Samsung HDTV just to sell a Galaxy S7. Now how crazy is that?

Though business is business and they're trying to beat the downturn however they can. Just don't expect to see Apple follow that trend any time soon, even though it would be greatly appreciated by many.

The Nikkei report ended their report today by noting that "a prolonged production cut would hurt Japanese parts suppliers such as liquid crystal display panel manufacturers Japan Display and Sharp, memory chip supplier Toshiba and Sony, which provides image sensors for cameras. With their plants already operating at reduced rates, they may be forced to downgrade their earnings forecasts for the April-June quarter."

Yet with the earthquake that struck Japan yesterday, some of these suppliers will be hurt to some degree anyways. Sony's camera plant was hit but they hope to shift production to other plants as soon as they can to make up any short term losses. Apple uses the Sony camera for their iPhones.

For the record, Apple is reporting their Q2 earning on April 25. Apple forecasted lower iPhone sales for the quarter and the slowdown for H1 was forecast in February as we noted. So the short sell off today on Wall Street was a knee jerk reaction to old news on a slow Friday – nothing more. There wasn't a single new revelation from the Nikkei report that wasn't already known for some time now. 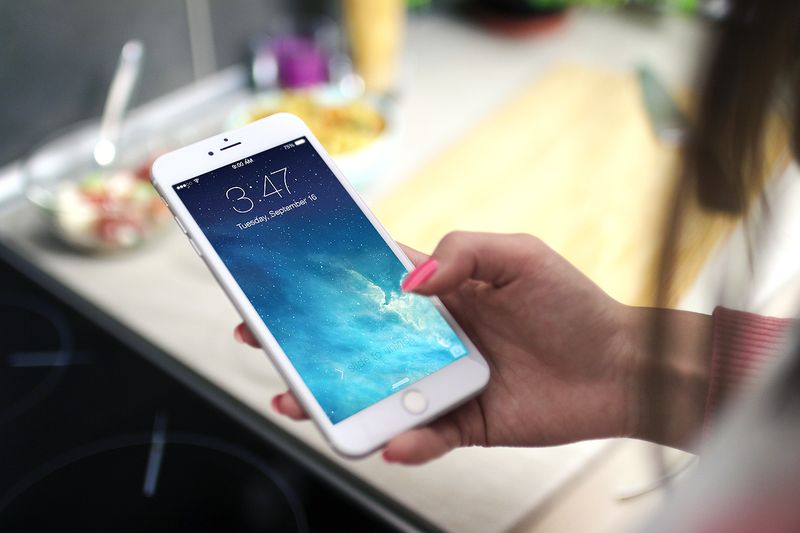 Apple's iPhone 6 broke every sales record on the books for smartphones and now Apple fans far and wide are holding back for the iPhone 7 which is supposed offer a nice leap forward in design and features.

Whether the iPhone 7 has the power to break Apple's iPhone-6 record isn't known at this time but I know that the buzz for it is extremely high. I know I'm on tap for a new iPhone this year and I'm sure most reading this report are nodding their heads in the affirmative as well. So yes there's a smartphone slowdown, but it's one that's going to end abruptly with the launch of the iPhone 7.