With every release of a Samsung Galaxy smartphone, Samsung's executives tell the press that it's selling better than expected and then reality hits that it was all really hype. The Galaxy S6 was a flop and Samsung got run over in China, angering shareholders earlier this month. Earlier this month Samsung kick started massive 2 for 1 sales right out of the gate for their new S7 with the top U.S. carriers to pump up sales volume stats quickly to give the impression that they were flying off the shelves. The Korean press tried to imply last week that Samsung will reportedly announce surprise earnings due to the S7, and yet sales may only be a hair over last year due to better that expected TV sales. So the hype continues.

When Samsung had an advantage over Apple's iPhone with their phablet, Samsung was on top of their game. Yet once Apple caught up with their iPhone 6 Plus, Samsung's advantage went up in smoke and their downward sales spiral began. Samsung knows that in order to get the leap on Apple again, they'll have to rely on their display division to come up with a new advantage.

Today the Korean press is reporting that Samsung is to release a foldable smartphone late next year. Of course that could spill over to the Mobile World Congress Show in Barcelona in early 2018.

The foldable Smartphone, which is being developed by Samsung Electronics, is taking its shape. It is a new-concept product which can be a 5-inch Smartphone and 7-inch tablet when opened.

It is heard that Samsung Electronics acquired many technologies that are needed to implement Foldable Smartphone. It is going to mass-produce foldable display by end of this year and is planning to sell Foldable Smartphones on markets starting from next year." 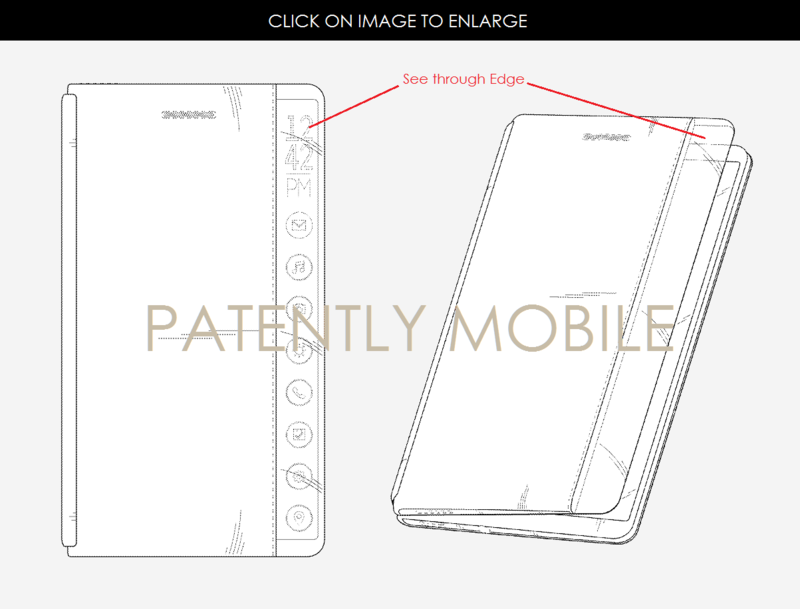 The Korean report further noted that "According to industry insiders on the 31st, it is known that Samsung Electronics and Samsung Display have partnered up with domestic and foreign businesses to develop this new foldable Smartphone.

The Foldable Smartphone is a Smartphone that can bend a screen in half by using OLED Display. One can carry it like a wallet and use it by opening it."

Another design patent from Samsung illustrates a less ambitious design that folds like a wallet as shown below. 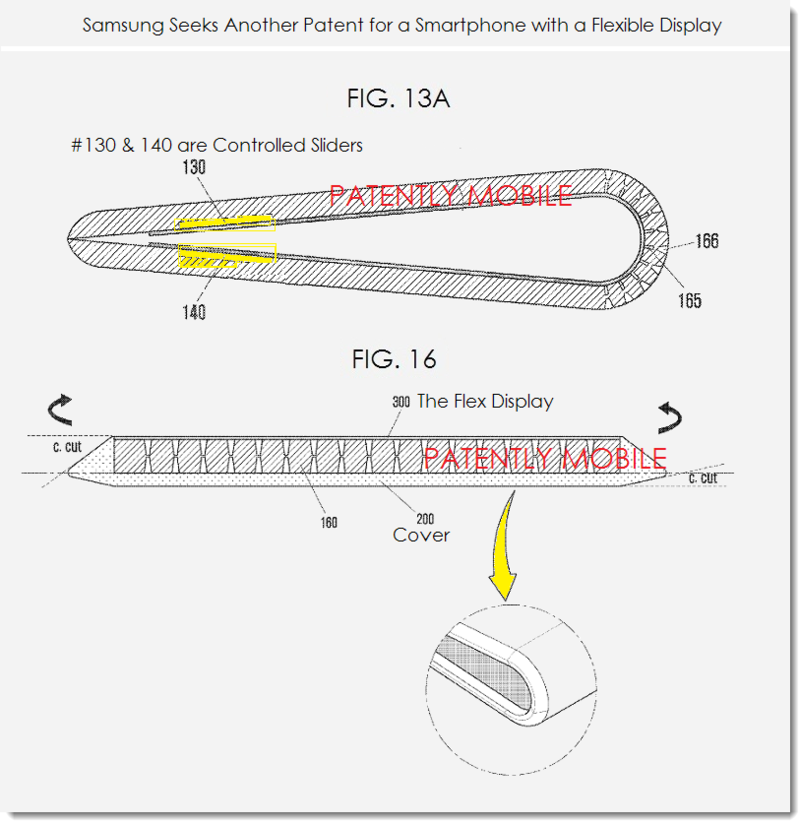 The report added that Samsung designed it so that it can be used as a Smartphone and a 7" tablet that is most generalized for portable tablets like an iPad Mini.

Currently a prototype of Foldable Display is finished with development. Samsung Electronics is hoping to mass-produce Foldable Displays starting from second half of this year.

Director Lee Chang-hoon of Samsung Display at performance conference call that took place in January stated that "Development of Foldable OLED is taking place according to our plan."

If any company could pull off a foldable or bendable smartphone, it's Samsung. Yet these kinds of smartphone concepts have been around with us since at least early 2009. You could see one of the first Samsung prototypes in a video at the bottom of this report.

Yet at the end of the day, the timing of the news of such a new device a week before they announce their quarterly results is a little suspicious. Is this news really designed to pump up the press and broker community so as to counter the latest iPhone rumor, or is Samsung really on the cusp of delivering a new smartphone design that could put them back on top of their game? While only time will tell, you have to wonder if this is the Korean presses' version of an April Fools' Day prank.