On Newsstands: Motor Trend Dreams Up a Concept Apple Car 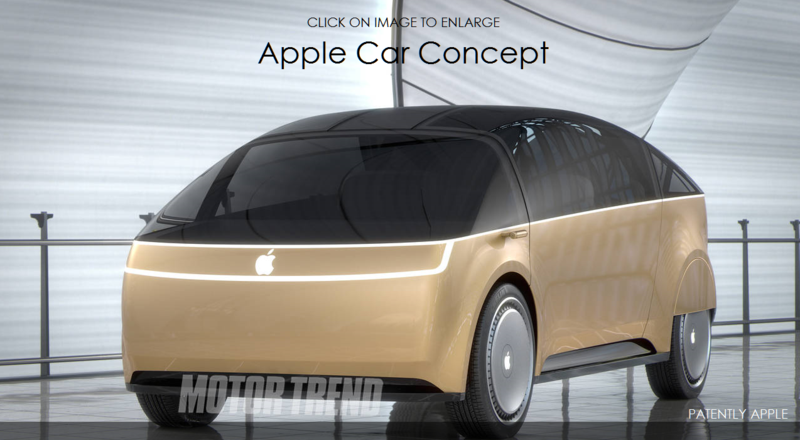 Rumors have been building for months that Apple is building a car. If the inventors of iTunes, the iPhone, and iPad add an automobile to its list of game changers, what would it look like? How would it drive? Would it fundamentally change our lives the way ground-breaking Apple products have in the past? And what might this mean for Tesla – the other automotive disruptor from Silicon Valley? Motor Trend dreamed up what they thought an Apple Car could be and then pulled together a special video episode of Wide Open Throttle to analyze their concept of the Apple Car. If you love cars and the idea of an Apple Car, then you'll likely enjoy the discussion, though some may find it a bit long and dry. 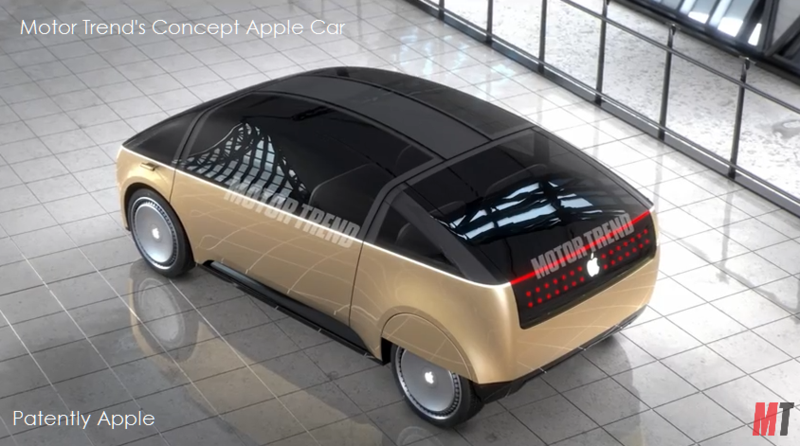 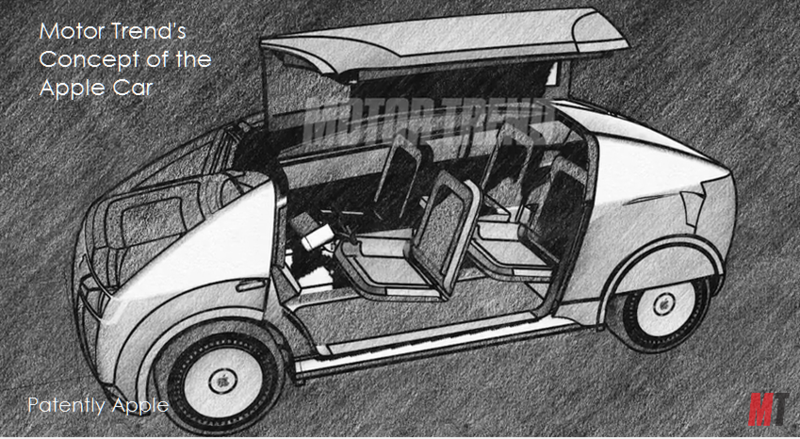 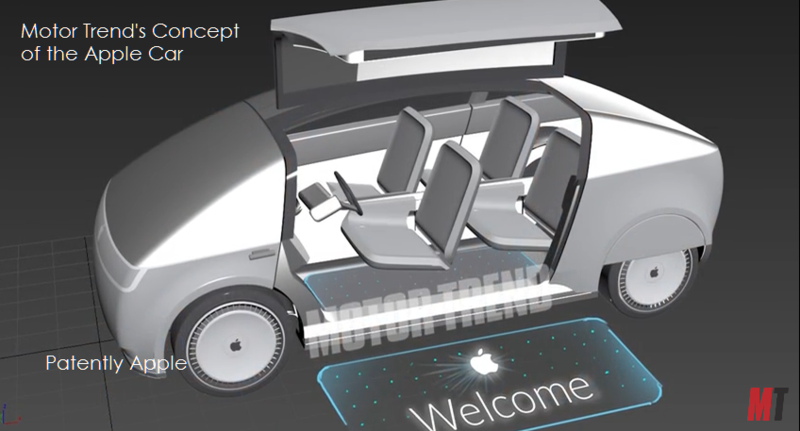 The magazine consulted automobile designers from ArtCenter College of Design in Pasadena, Calif. and asked them to conceptualize the Apple Car as though the company had come to them as a customer.

Concept View from the Inside of Apple Car 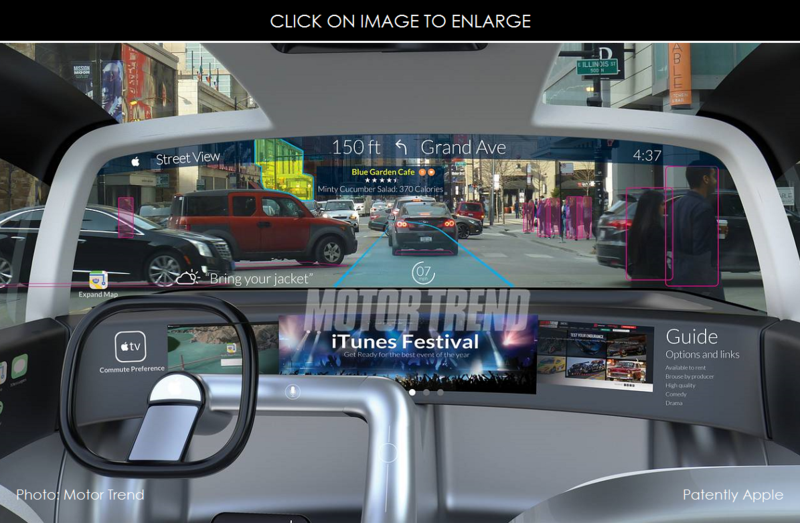 One of Apple's automotive related patents covers controlling a driver's environment such as power mirrors, power seats, communications and so forth. One of the more interesting patents in relation to a possible future vehicle has come from Apple's acquired PrimeSense which covers computer vision. Under "Applications for computer vision," Wikipedia reveals several references to autonomous vehicles. One reference states "Fully autonomous vehicles typically use computer vision for navigation, i.e. for knowing where it is, or for producing a map of its environment (SLAM) and for detecting obstacles." The latter description seems to fit Motor Trend's inside view of the Apple Concept car above.

Motor Trend's June Cover on the Apple Car goes on sale just about now, according to Edward Loh, Motor Trend's editor-in-chief who hosts Wide Open Throttle Episode 93 as noted at the top of our report.