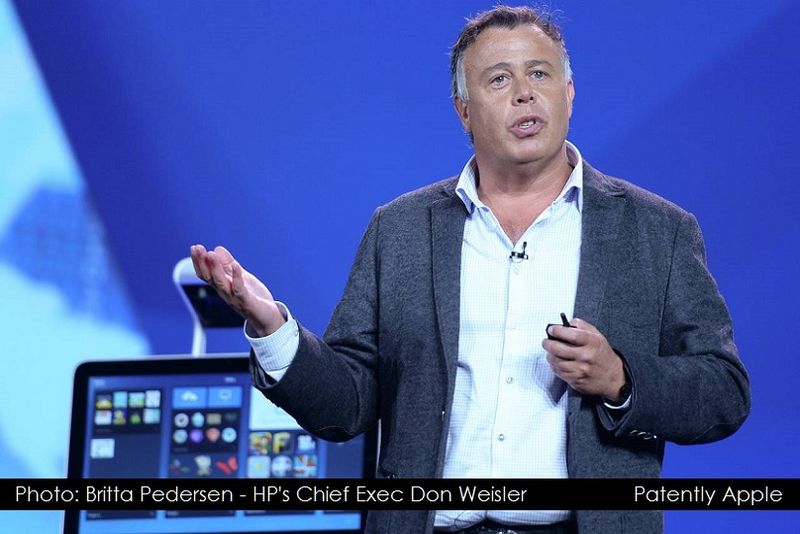 HP's forthcoming laptop that is slated to be unveiled at an event tomorrow in Versailles, France, organized by the New York Times is out to be the thinnest notebook. More importantly, they want to steal the "cool" factor away from Apple. This is something that Microsoft tried to do last year when unveiling the Surface Book and Surface 4 products that are always compared to Apple products during their presentations.

HP's Dion Weiler, the chief executive of HP Inc., privately presented their new laptop in an interesting way, the way Russian dolls are nested from a large one containing several smaller bodies within. With the laptop, it began with a 2012 model that opened up to have another HP notebook that was smaller, then opened it up to reveal their latest design, their thinnest yet. The New York Times thought the presentation was a very impressive visual trick.

The new 13.3" HP Laptop will be less than 11 millimeters thick which beats the best effort by Apple. This is the Post-PC era and consumers are demanding light, thin and cool designs.

The New York Times report noted that HP recently showed off some new prototypes of hybrid devices and a laptop with a series of high-end microphones around the display to accommodate internet telephony.

Ron Coughlin, president of HP's personal systems group told the Wall Street Journal that "For years, Apple has been seen as the innovator and the driver of innovation. HP is really taking over that mantle."

In February we posted a report showing that HP was first in notebook sales with Apple in third place. But that's by volume and not necessarily reflecting the "taking over the innovation mantle." It will most definitely be interesting to see what true innovations that HP will be bringing to the table tomorrow.

While Apple never allows reporters to see any of their hardware prototypes, we know that there are some interesting ideas on the table. One is introducing stackable connectors, another covers a unique way of integrating inductive charging to the trackpad area or to the lid of a future MacBook and either Touch ID directly or via an iOS device.That of course if beyond pushing the design factor thinner with a superior display and so forth.

At the end of the day, it's looking like 2016 is shaping up to be an exceptional year for new thin Notebooks from HP, Apple, Lenovo, Dell, Microsoft and others. And they're all promising new innovations to attract consumers. For those that are bilingual with OS X and Windows, 2016 is going to be like being a kid again in a candy store if you happen to be in the market for a new notebook this year. HP's goodies arrive tomorrow. Let's see what they deliver. Will they take over the innovation mantle from Apple or just deliver more hype?