How did Goldman Sachs get their Forecast on AAPL so Wrong? 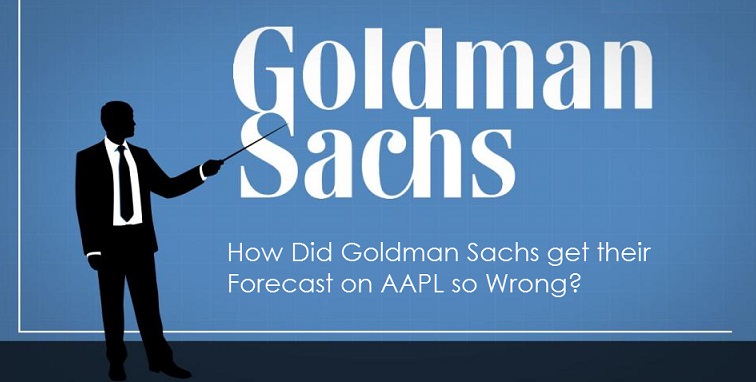 On April 13 we posted a report titled "Goldman Sachs Sees Positive AAPL Q2 Earnings and Strong Demand for the Upcoming iPhone 7." The report covered Goldman Sachs's analyst Simona Jankowski who was bullish on Apple. Jankowski was pounding the table for AAPL prior to Apple's Financial Conference Call. Jankowski argues that Apple will beat expectations for Q2 and guide higher. Jankowski's price target for AAPL is $155/share and believes that Apple will deliver $54.4 billion in revenue for the Quarter with an EPS of $2.17. Yesterday Apple delivered only $50.6 billion in revenue and $1.90/share.

Did Goldman miss the boat on this or were they trying to get people and customers to buy AAPL before they announced their numbers so that they could short the stock?

That's the definite impression I got when reading a report today by Zero Hedge who stated the following:

"With AAPL back in bear market territory and the stock back at levels last seen when the S&P was at 1820, it only makes sense for Goldman to take profit on its AAPL short position, which in this case manifested itself with a 'Conviction Buy' call on the stock (for Goldman to short the stock, clients have to buy), and moments ago it closed out its 'conviction buy' saying "we are disappointed by Apple's quarter and guidance, as it reflects a much weaker iPhone 6s product cycle than we had anticipated, with most of the negative surprise vs. our expectations coming from China," and cutting its 12 month price target on the stock from $155 to $136."' You could read the full report over at Zero Hedge.

While Goldman was disappointed in Apple, CNBC'S Mad Money with Jim Cramer made it simple: "I want to own Apple for the iPhone 7. Not changing my long-term view." Cramer added that Apple is now suffering from the hangover of strong sales last year, which has now extended to the once-red-hot Asian market.