Home Archives Contact Us Subscribe Twitter MeWe Facebook Patently Mobile
Apple Takes us on a Touching Journey into Dillan's World of Autism, if Only for a Moment
Samsung & Local Group Call Upon the Indian Government to Reject Apple's Application to Sell used iPhones 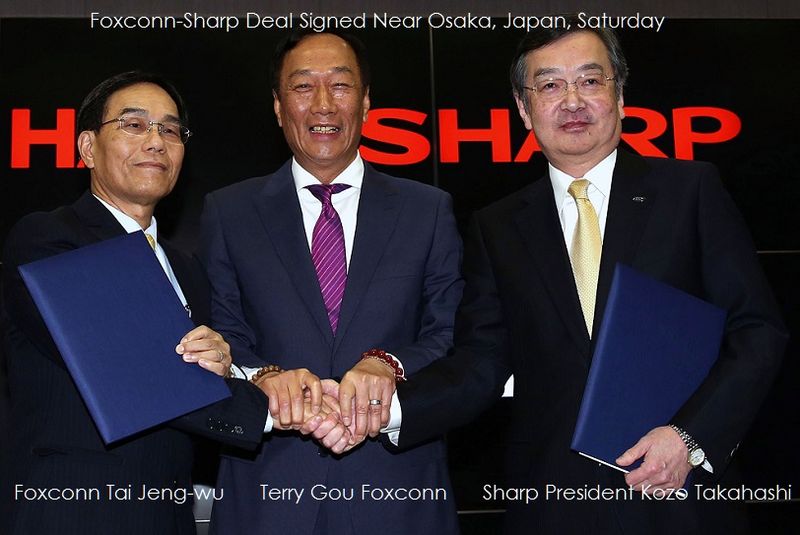 For Foxconn, the crown jewel at Sharp has always been its display business, which supplies screens for smartphones and other devices to the likes of Apple Inc. Foxconn's founder Terry Gou stated at a news conference yesterday after the signing ceremony with Sharp that he's "committed to making speedy investments in Sharp to help develop the next-generation display technology."

The Wall Street Journal noted that "Getting access to ever-sharper, thinner and more energy-efficient screens is critical for smartphone makers. Current models use liquid-crystal displays, but screen suppliers are gearing up for a possible transition to organic light-emitting diode, or OLED, screens, which allows makers to shape phones into flexible designs such as the curved screens on some Samsung Electronics Co. Galaxy phones.

People in the industry say they expect Apple to start using OLED screens for its iPhones as soon as next year.

In December we posted a report titled "Apple on the Cusp of Signing Deals with LG and Samsung for Next-Gen OLED Flexible iPhone Displays," wherein we also noted that JDI will also be in the raced of supplying Apple with the new displays.

As for Sharp, it'll take a little longer to get up to speed for OLED displays, a business that Sharp purposely stayed away from in favor of IGZO displays that are used in iPads. Yasuo Nakane, an analyst at Mizuho Securities, is quoted in the WSJ report as saying that "Even if everything goes well, a realistic timeline for Foxconn-Sharp to start supplying OLED displays would be 2020."