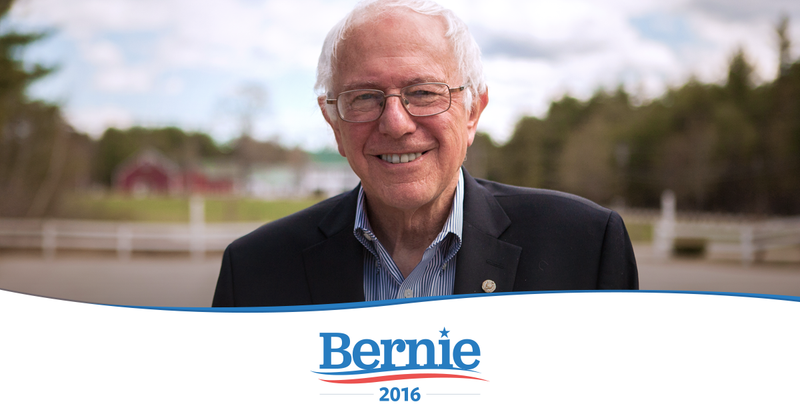 Late on Monday the New York Daily News sat down with Presidential Candidate Bernie Sanders for a long interview as the primary in New York takes place on April 16. The first question for Sanders was about Apple.

Daily News: We are very well aware of the broad themes of your campaign by now. So we'd like to hone in on some of the more particular issues to get a sense of how your presidency might evolve.

You've said that the greed of Wall Street and corporate America is destroying the fabric of our nation. So if we can get particular: For example, in corporate America, Apple happens to be celebrating, today, its 40th birthday. It's a company that grew from nothing to 115,000 permanent employees. And I'm wondering, is Apple destroying the fabric of America?

Bernie Sanders: No, Apple is not destroying the fabric of America. But I do wish they'd be manufacturing some of their devices, here, in the United States rather than in China. And I do wish that they would not be trying to avoid paying their fair share of taxes.

This is mirroring Donald Trump's position on Apple. In January Trump stated that "We're going to get Apple building their damn computers and things in this country instead of in other countries."

The primary in Wisconsin last night appeared to have the fix in for Ted Cruz. With the polls only closed for 20 minutes and only 2% of the vote in, CNN, MSNBC and Fox all gave Ted Cruz the victory in Wisconsin.

While Cruz hasn't weighed in on whether Apple should be manufacturing in the U.S., Ted Cruz is on record stating that Apple should have complied with a court order forcing them to assist the FBI and develop software that would permit the agency to bypass the security measures on an iPhone that was used by one of the San Bernardino shooters.