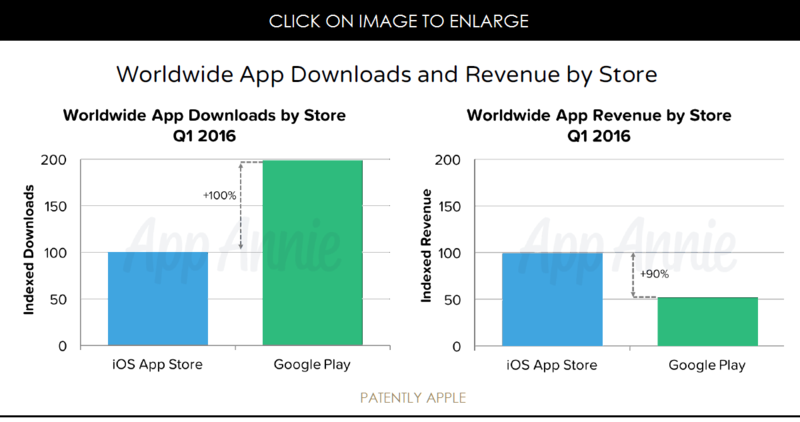 Even though Google's Play Store enjoyed twice the downloads than Apple's iOS App Store in Q1 2016, when it came to making money it was the App Store that raked in twice the revenues according to App Annie's latest report titled "App Annie Index: Market Q1 2016. Within the report we also learned that China has now overtaken Japan as Apple's number two iOS App Store revenue generator and more.

App Annie's report notes that as "China rings in a new year, it has disrupted the iOS leaderboard yet again — this time passing Japan to take the #2 spot for revenue. China's quarterly iOS revenue grew nearly 2.2x year over year from Q1 2015 to Q1 2016. 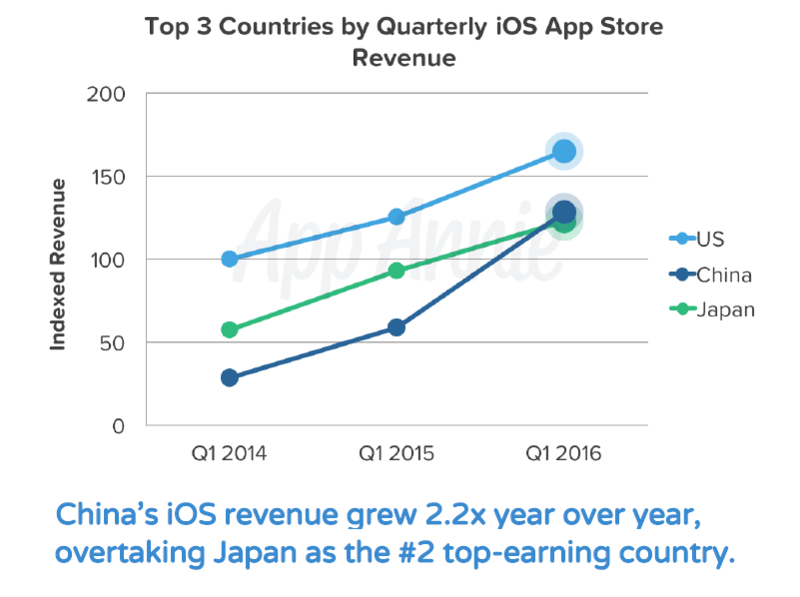 Atypical of past trends, as China's install base has increased, the rate of revenue growth has actually accelerated year over year, up from 2x growth the year prior. China continued to see strong downloads after surpassing the US in Q1 2015 to become the largest market for iOS downloads. As predicted in our 2015 Retrospective, revenue followed the surge in downloads driven by in-app purchases to help China pass Japan.

According to App Annie, the revenue growth was driven almost entirely by games. Typically games are a leading indicator in the market and often a strong signal of trends to come. In this case, China passed Japan in both games and overall iOS revenue in the same quarter due to both countries' high propensity for gaming. Surpassing Japan, China narrowed in on the US, currently ranked #1 in iOS game revenue. If China's iOS game revenue continues to grow at these rates, it is set to pass the US in the coming quarters. However, the US still maintains a sizable 30% lead on China for total iOS App Store revenue due to the growth in monetization of non-gaming apps in the country." 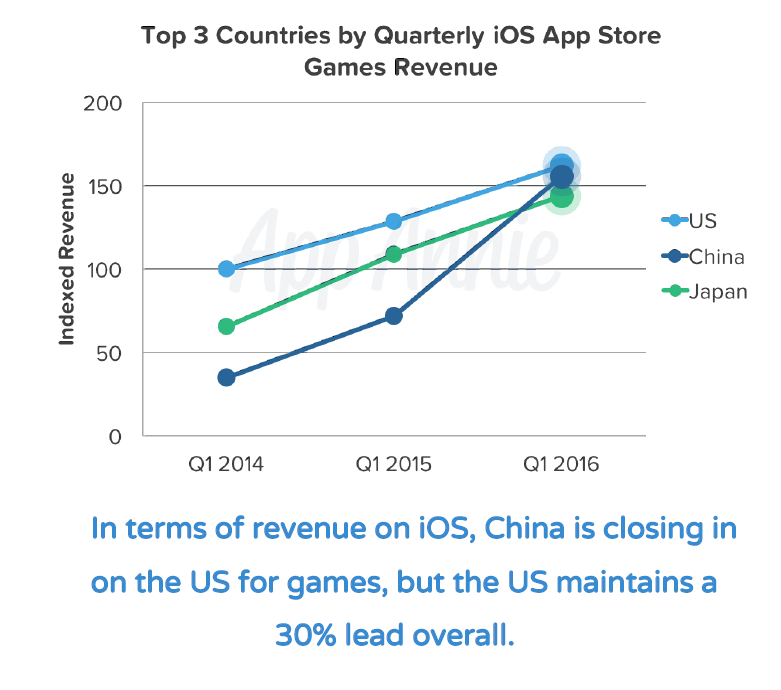 The report further noted that Entertainment and Music apps experienced explosive year-over-year revenue growth in Q1 2016. This was largely due to the success of subscription revenue models catering to consumer demand for streaming services.

Within Entertainment, video streaming apps comprise the bulk of this mammoth growth in global revenue. As mentioned in App Annie's January App Index, Netflix reached the #1 spot worldwide for video streaming apps on iOS after introducing in-app subscriptions only four months prior. 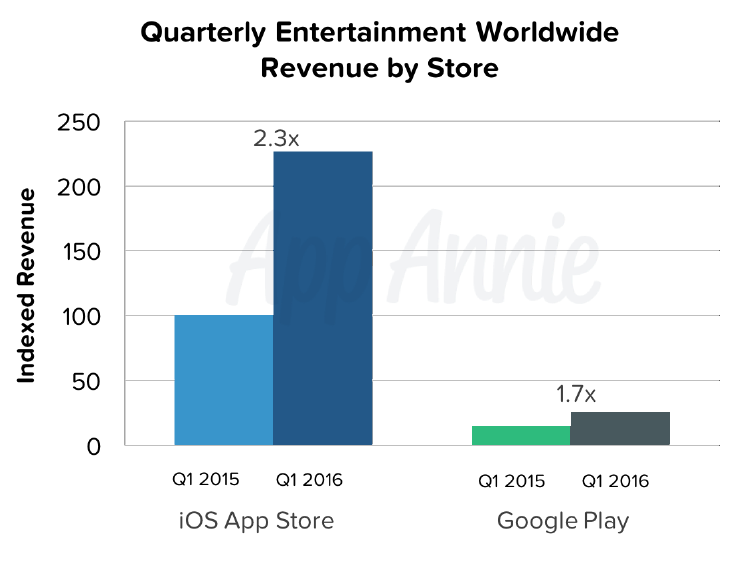 As for music, App Annie's report notes that "Akin to video, it is no surprise music streaming apps also experienced strong worldwide year-over-year growth on both app stores in Q1 2016. Spotify held onto its #1 spot for worldwide iOS revenue in Music. The Full report that provides much more information and graphs could be obtained directly from App Annie.