Apple's CEO told Bloomberg back in 2014 that when he arrives at his office each morning, he's greeted by framed photos of Dr. King and Robert F. Kennedy. These were his heroes. Today, Apple's CEO Tim cook was honored when Robert F. Kennedy Human Rights proudly announced that he was now on their board of directors.

Robert F. Kennedy Human Rights is an international human rights organization founded by Robert Kennedy's family and friends nearly 50 years ago. In December 2015, Tim Cook received the Ripple of Hope Award during the organization's gala in New York City. The award was granted for Mr. Cook's commitment to sustainable business practices and his lifelong commitment to human rights.

Robert F. Kennedy Human Rights is governed by its board of directors, a diverse group of experts representing business, finance, academia, government, entertainment, education, and civil society. The organization is dedicated to carrying on Robert Kennedy's unfinished work of standing with those who stand against oppression, and is comprised of students and activists, lawyers and business leaders, teachers and advocates, all working towards a common goal: achieving Robert Kennedy's dream of a more just and peaceful world.

When announcing the appointment, Kerry Kennedy, President and CEO of Robert F. Kennedy Human Rights stated that "Tim knows the importance of advocating for and representing people who have not been heard. He has integrity and does not shy away from challenging issues when he knows they are right and just. Tim is deeply committed to the social justice work that he is helping Robert F. Kennedy Human Rights accomplish."

"Growing up, I was inspired by Robert Kennedy's infinite hope for humanity and his belief that people at their core are good, sharing universal goals for themselves and the world in which we live," said Cook. "Robert Kennedy spoke to our highest aspirations, calling Americans from all walks of life to fight for something better. He was and is a hero and role model to me, and I am honored to serve alongside Kerry and the rest of the board to advance his message of justice and equality."

Ethel Kennedy, founder and board member of Robert F. Kennedy Human Rights, said, "We are honored to have Tim Cook on our board. I love that he is inspired to "make gentle the life of the world" and stands with human rights defenders around the globe championing the causes and people Bobby cared about.

It was further noted by Robert F. Kennedy Human Rights that "Every day, Tim Cook relentlessly works to create products that will change lives, products that change the world, empower the poorest communities though education, and protect our privacy." 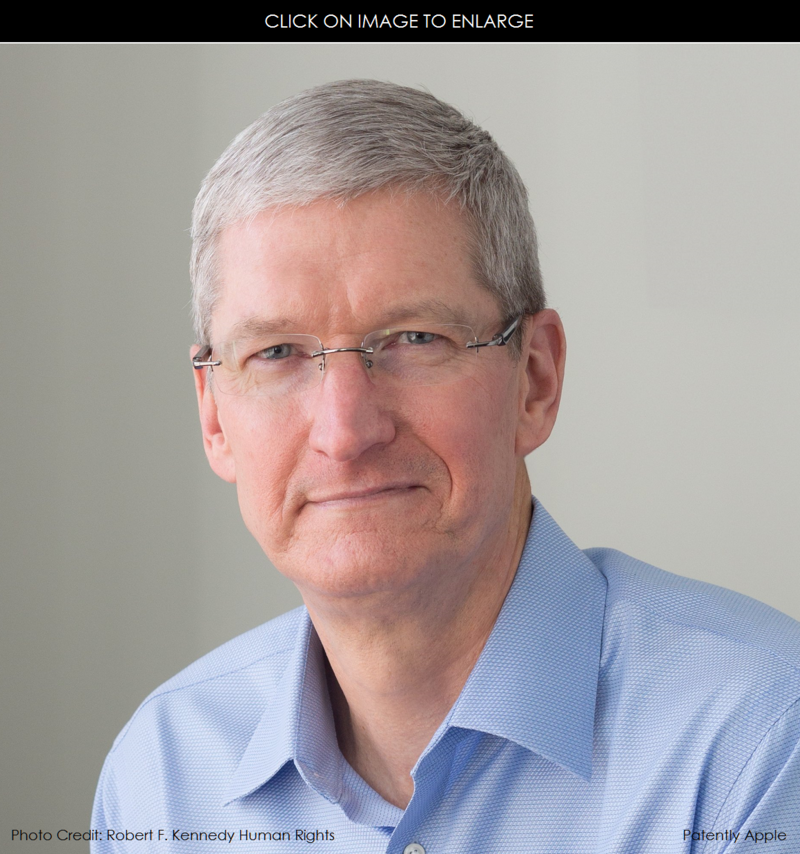 Last June Patently Apple posted a report tilted "Apple's CEO was honored for Corporate Leadership at the 'Champions of Freedom' Event in Washington." At that event Cook stated that "Like many of you, we at Apple reject the idea that our customers should have to make trade-offs between privacy and security. We can, and we must provide both in equal measure. We believe that people have a fundamental right to privacy. The American people demand it, the constitution demands it, morality demands it."

I'm sure that most die-hard Apple fans around the world are, at least in spirit, congratulating and  applauding Tim Cook's appointment today and for his steadfast stance on consumer privacy issues where the battle has only begun.