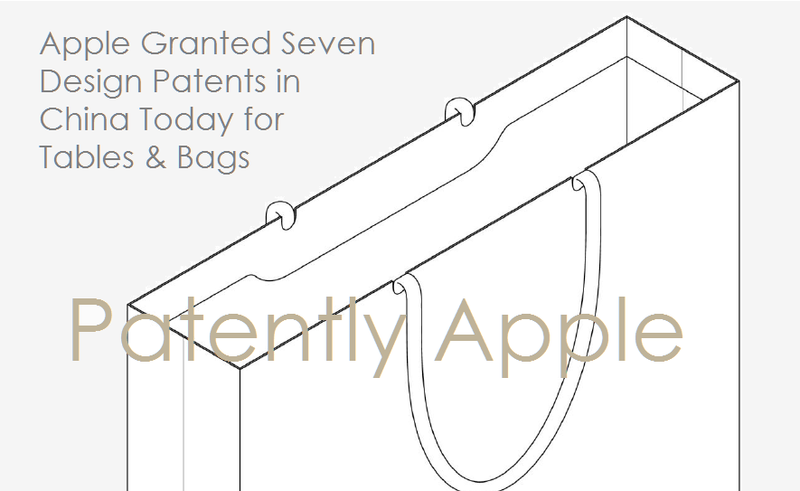 Today the Patent and Trademark Office in China published seven granted design patents for Apple. Two of the designs are for all-new Apple Watch display tables with the other five covering various sized Apple Store retail bags. While at least two of the bag sizes appear to relate to Apple Watch bags, the granted patent descriptions don't confirm or clarify their specific use or any markings or imprints that Apple may add to them at a later time.

Below are two new styles of Apple Watch tables with a glass portion for viewing the devices. I say 'retail store' instead of Apple Store because it's unclear if either of these designs are made for the Apple Store or for retailers like Best Buy who have store-within-a-store specialty displays. 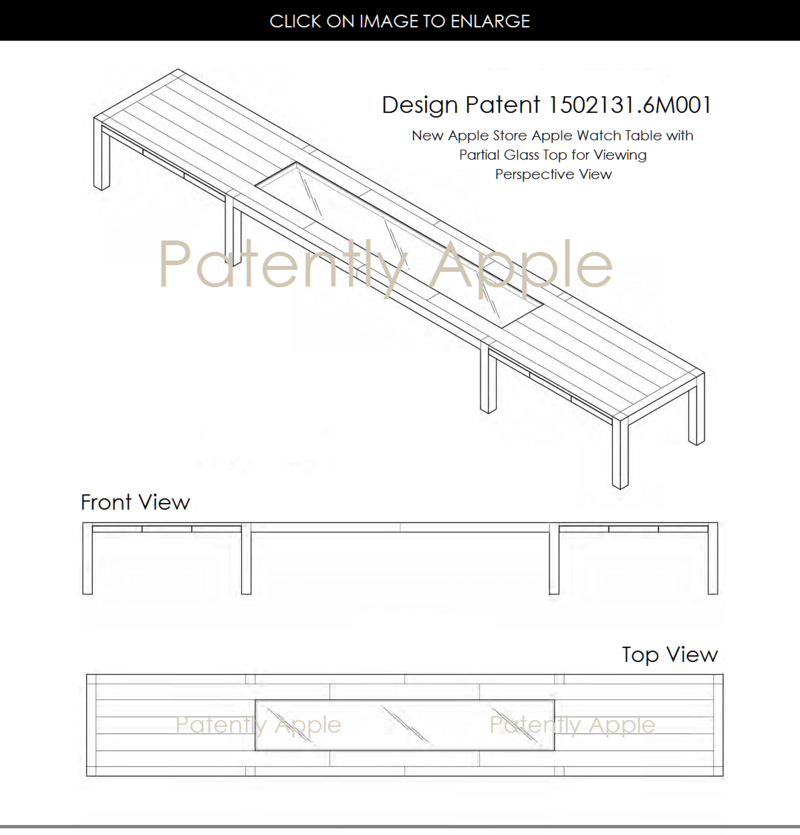 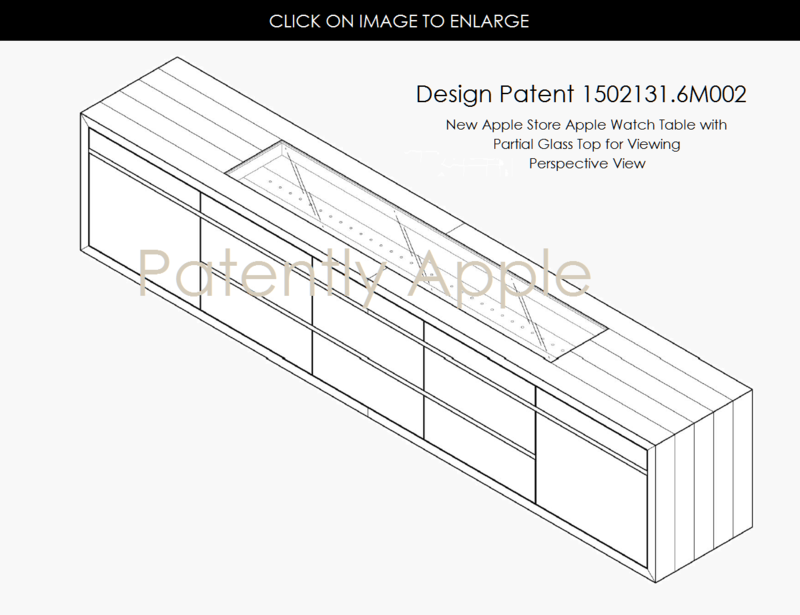 Apple was granted five design patents for Apple Store retail bags. Four are illustrated below with the fifth possibly being a little wider than the 3M001 style noted below. 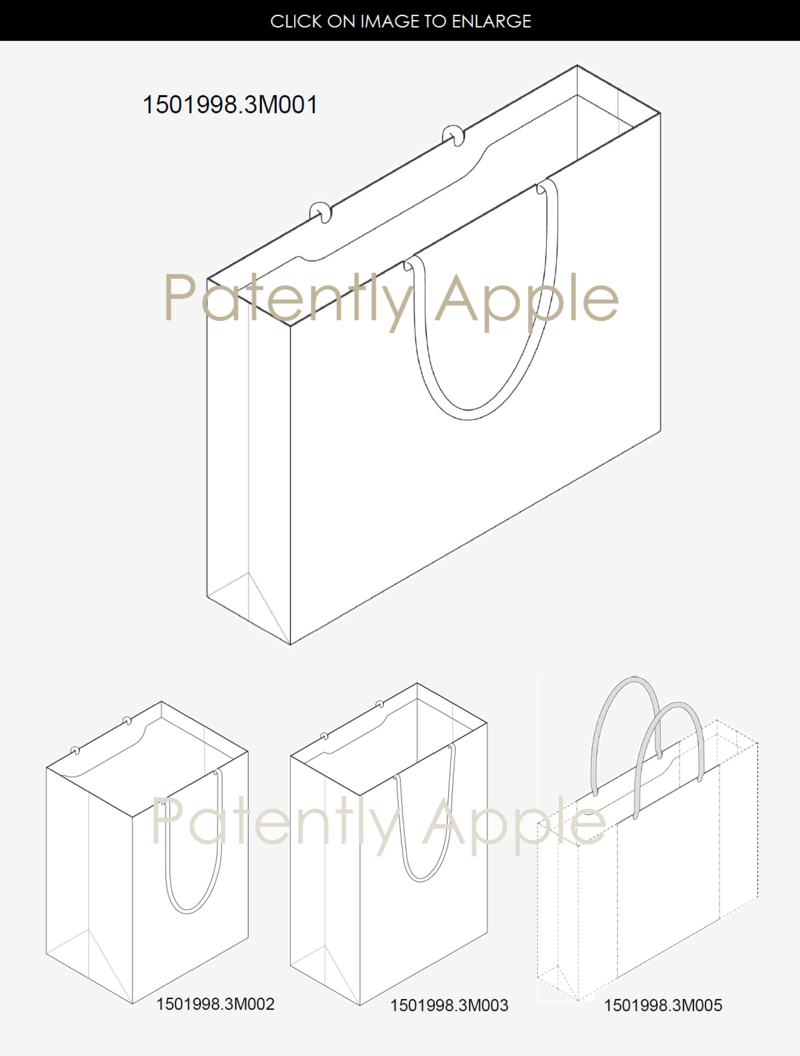