This week in Apple IP news we were first to report on an exciting futuristic MacBook that completely eliminates the physical keyboard and trackpad. In its place, Apple envisions a reconfigurable surface that could accommodate a light driven haptic based keyboard, gaming pad, numeric pad, trackpad and beyond. The user would be able to choose how to configure their MacBook surface for their specific needs and reconfigure them as they require through a special app. Also this week we discovered that Apple is considering adding a 3D Touch or at least a Force Touch dimension to a future version of the Magic Mouse. To round off this week, Patently Apple discovered three design patents at the Hong Kong Patent Office this morning that are for the Apple Watch Sport's retail packaging as noted below.

Late on Friday the Hong Kong Patent and Trademark Office granted Apple three design patents relating to the Apple Watch Sport retail packaging. Design patent 1502174.6M001 noted below is the main design. The other two design patents that aren't shown (6M002 and .6M003) are basically identical visually with the exception of highlighting different aspects of the same packaging. 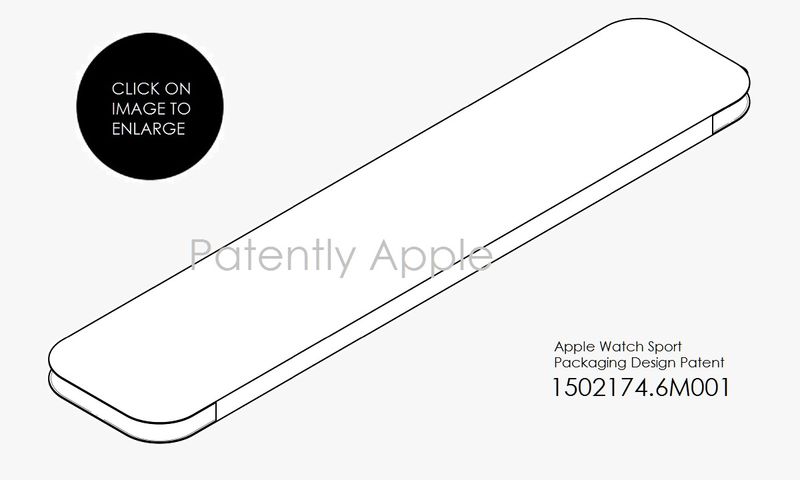 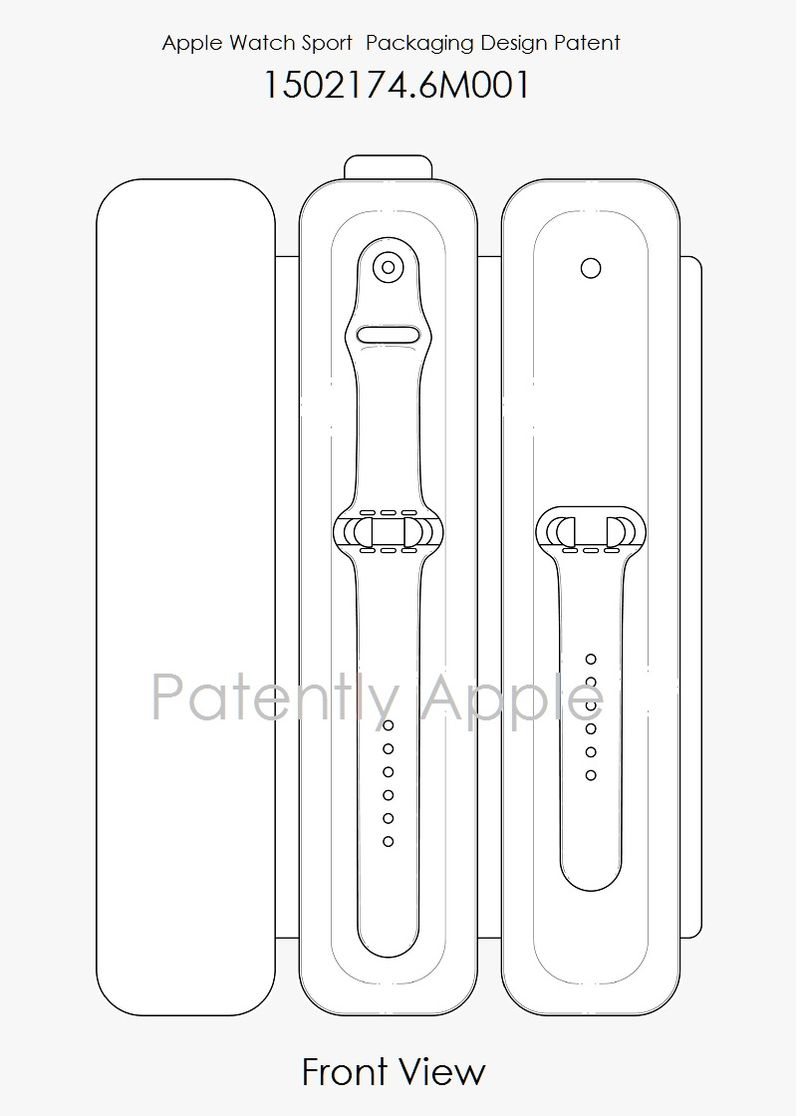 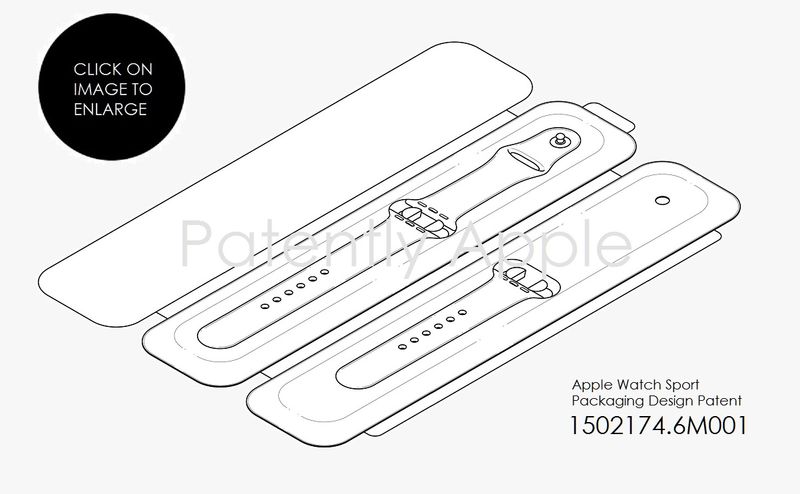 Although the designs surfaced sometime overnight on the Hong Kong Patent Office's database, the designs are actually dated February 19, 2016. It's unknown at this time as to why these particular Apple design patents were delayed for public record.