Do you remember in early March when Oculus co-founder Palmer Luckey bluntly said that the Oculus Rift would come to the Mac if it ever released a good computer? Luckey added that "It just boils down to the fact that Apple doesn't prioritize high-end GPUs." Well, I don't know if that was an inside joke, but according to one of the top super geek sites in America, Apple will be adopting the insane new GPU's from AMD called Polaris over the next six months that provide VR stats that are simply off-the-chart crazy. 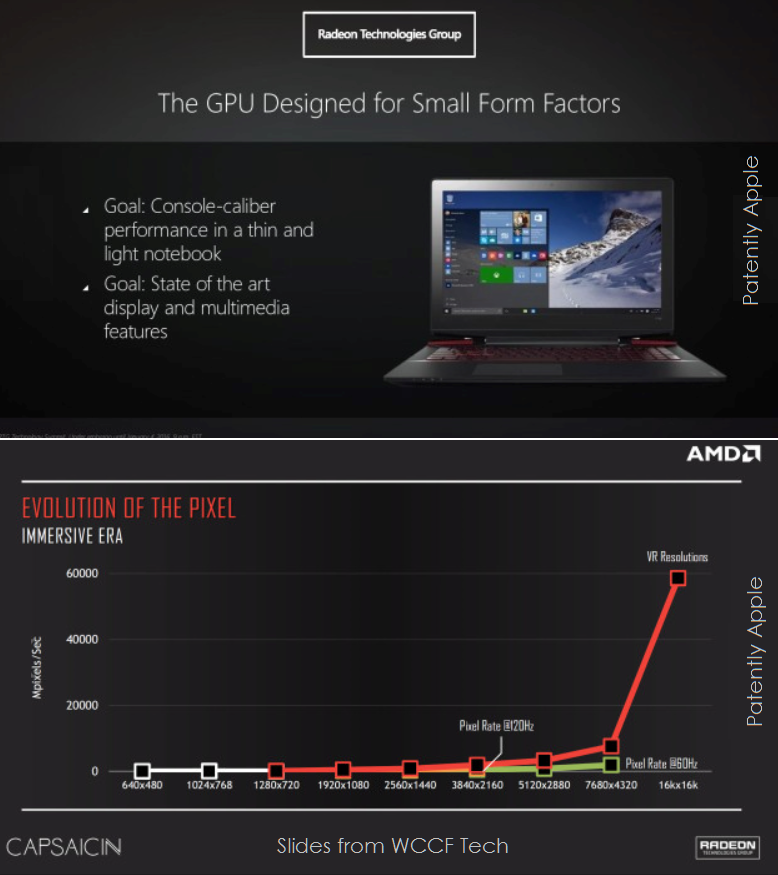 The report further noted that "The Polaris 10 and 11 chips will go into new desktops and notebooks from Apple, which the company plans to bring to market later this year. And although these Apple design wins may not be significant volume contributors they are very profitable.

Lastly, the report noted that "AMD announced earlier this year that its next generation Polaris graphics cards are set to launch in mid-2016, just a few months from now. Later, CEO Lisa Su later confirmed again that products will be available on shelves in the middle of the year, ahead of the back to school season. Whether Apple will follow that roadmap is unknown at this time.

At the end of the day, if the VR stats of the new GPU deliver performance anything like those shown in the graphic above, then I'm sure that Mr. Luckey may have to eat his words and start developing the Rift for the Mac sooner rather than later.