Apple is Focusing on a Game Changing Notebook Design

Back in 2011 Patently Apple posted a report titled "Apple Talks-Up Smart Bezels + Live & Reconfigurable MacBooks." The invention was basically a master overview of reconfigurable hardware interfaces for MacBooks, the iPad and into future devices like a television or home appliances. One of the main thrusts of the invention was the reconfigurable or 'Live' MacBook Surface. Today, the U.S. Patent and Trademark Office published a patent application from Apple that reveals their ongoing work and refinement of the reconfigurable MacBook that basically eliminates the physical keyboard and rigidly set trackpad. The user would be free to configure the interface of their MacBook to work for them, be it adding a numeric pad or a giant gamepad and place them anywhere on the MacBook surface grid as noted in our cover graphic. This possible future MacBook has the power to reinvent the notebook as Apple did by killing the traditional mobile phone with their multitouch iPhone. While some PC OEMs think that innovation is simply about making a device thin, Apple thinks differently and seeks to deliver that which is game changing.

The term "zero travel," as used herein, may not require the absence of movement, but rather may be defined as imperceptible or unrecognizable movement of components of the input structure by a user of the electronic device and/or a flexing or bending of a structure as opposed to travel of one component with respect to another.

In a particular embodiment, the configurable, force-sensitive input structure may be configured as a variety of input devices for the electronic device including, but not limited to, a keyboard, a number pad or a track pad. 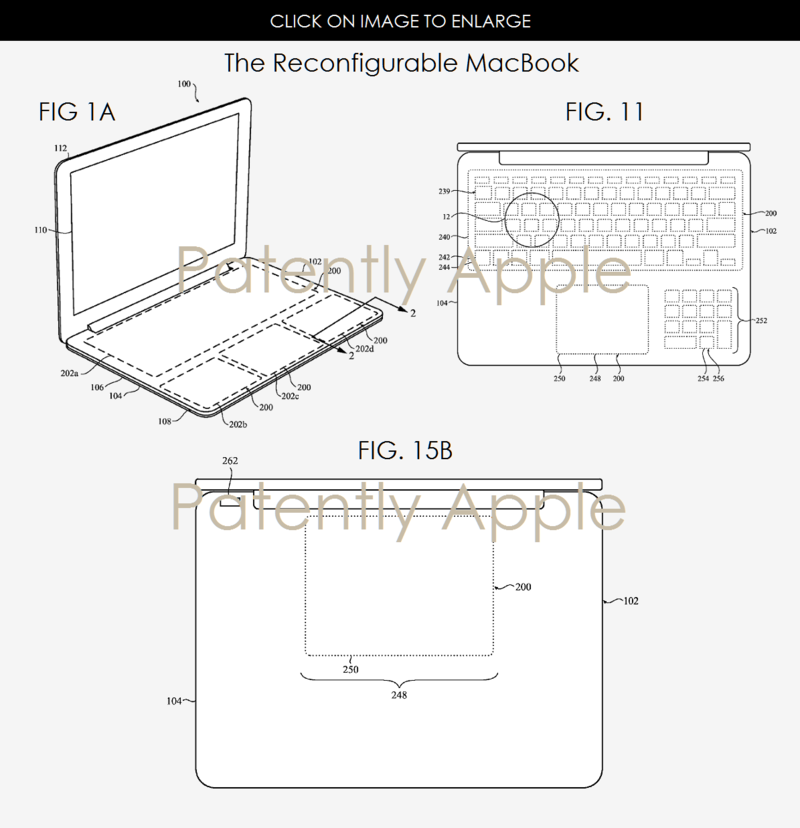 In Apple's patent FIG. 12 noted below we're able to see an enlarged portion #12 of a portion of FIG. 11 above regarding the keyboard. 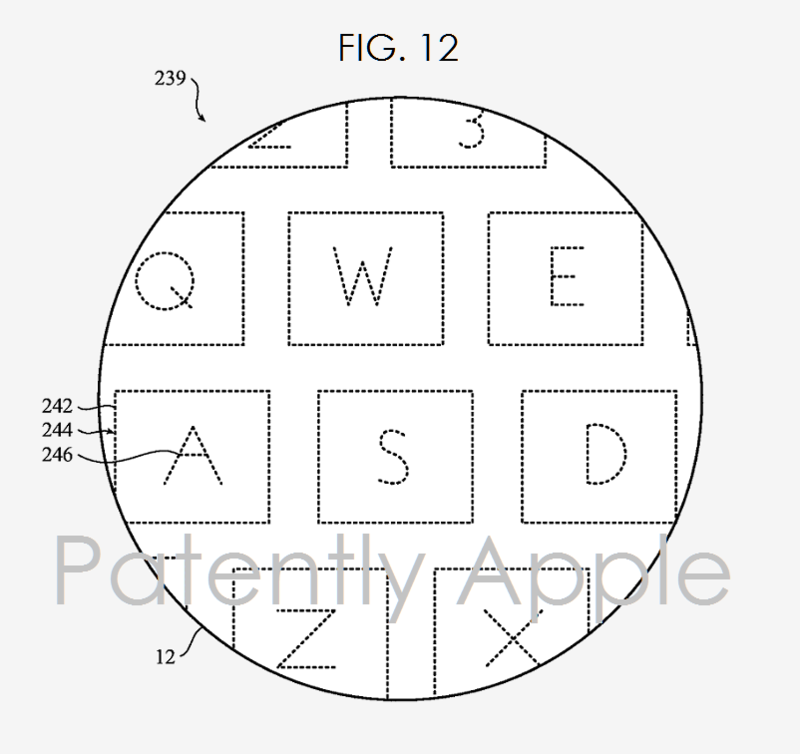 Apple notes that in FIG. 12, select holes or micro-perforations in the MacBook may also be illuminated to provide a key glyph (#246). As shown in the non-limiting example of FIG. 12, each illuminated input key (#244) may have an illuminated key glyph corresponding to the respective input key of the QWERTY keyboard.

Apple further notes that the micro-perforations or holes on the surface of the reconfigurable MacBook may be sealed with an optically clear sealant (or any other suitable sealant) to reduce ingress of debris and/or liquid from entering while allowing light to pass through to form keys, a keyboard, trackpad or other structure.

And lastly, Apple clarifies that although the focus of the invention has been on a MacBook, the concept could be applied to other future devices such as an iMac, an iPad, iPhone, iPod, gaming device, a display, a digital music player, a wearable computing device or display, a health monitoring device, and so on.