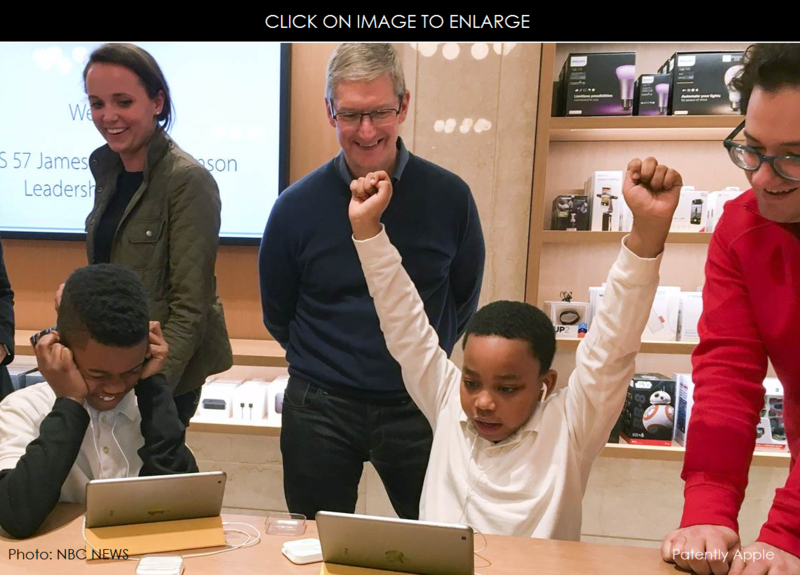 Back in December Apple's CEO Tim Cook said that teaching coding to kids is just as important as teaching any other foreign language. And the younger kids start learning it, the better. Cook spoke to a group of New York third graders who visited a Manhattan Apple store for a coding class as noted above. Today it's being reported that Apple's Tim Cook along with an impressive list of top tech company CEO's are urging Congress to fund K-12 computer science education. The group have teamed up with governors and educators to provide $250 million in federal funding to school districts in order to give every single K-12 student in the nation an opportunity to learn how to code.

Code.org founder Hadi Partovi told TechCrunch in an email that 'The breadth of support shows that computer science isn't just a tech problem anymore, it's an America problem. And it's not just a Democrat issue, it's the most bipartisan issue in the U.S.'

That seems to be true. Of the 28 governors who signed the petition, 14 are Republican and 14 are Democrats.

Anyone interested in supporting the petition, which is organized by the Computer Science Education Coalition and Code.org, can add their name to it on Change.org. At the time of publication, the petition had 1,405 supporters." For more on this, see the full TechCrunch report here.

Robert A. Iger, Chairman and CEO, The Walt Disney Company