IDC reports that Worldwide PC shipments totaled 60.6 million units in the first quarter of 2016 (1Q16), a year-on-year decline of 11.5% which was forecasted. None of the PC makers including Apple escaped the continuing downturn in PC sales as alternative mobile devices gain ground. In the bigger picture, Dell, Lenovo and Apple are the only OEMs who have shown year-over-year growth in respect to worldwide PC shipments.

The biggest winner in the U.S. PC market was Lenovo hands down with a whopping 21% growth year-over-year, reports IDC. Yet the report further noted that while Lenovo's U.S. growth was in excess of 20% for the quarter, they experienced a 12.5% decline in their international shipments. 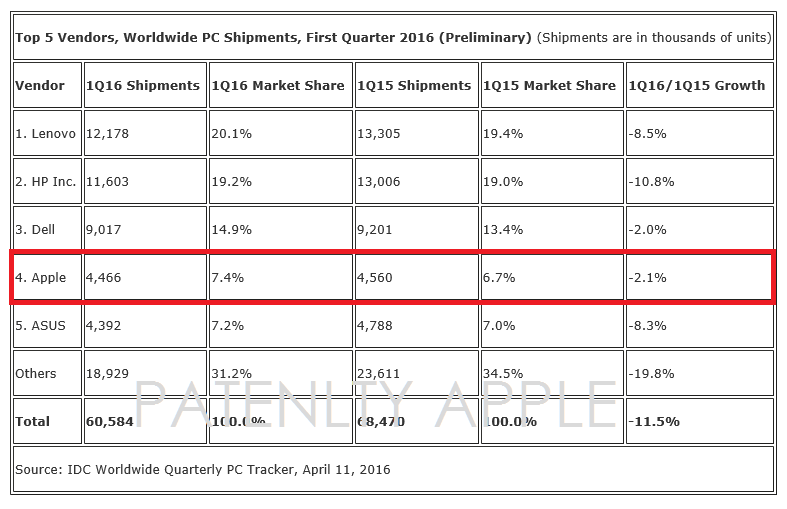 United States: Dell overtook HP Inc. for the first place ranking for the first time since the third quarter of 2009, ending a run of 25 consecutive quarters with HP Inc. at the top of the U.S. PC market. Dell's U.S. PC shipments rose 4.2% year over year to 3.48 million – good for a 25.6% share. 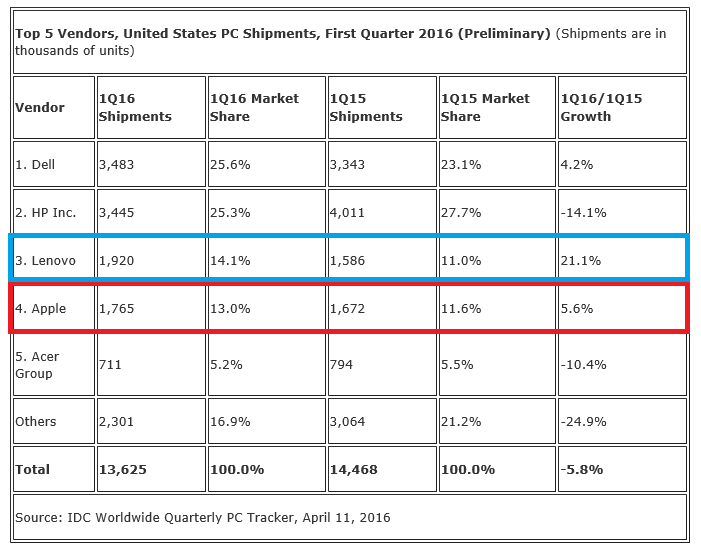 For more details, see the full IDC report here. It should be noted that Gartner published their PC report late yesterday as well and it provides a different set statistics and take on the current PC market and you could check out their report here.