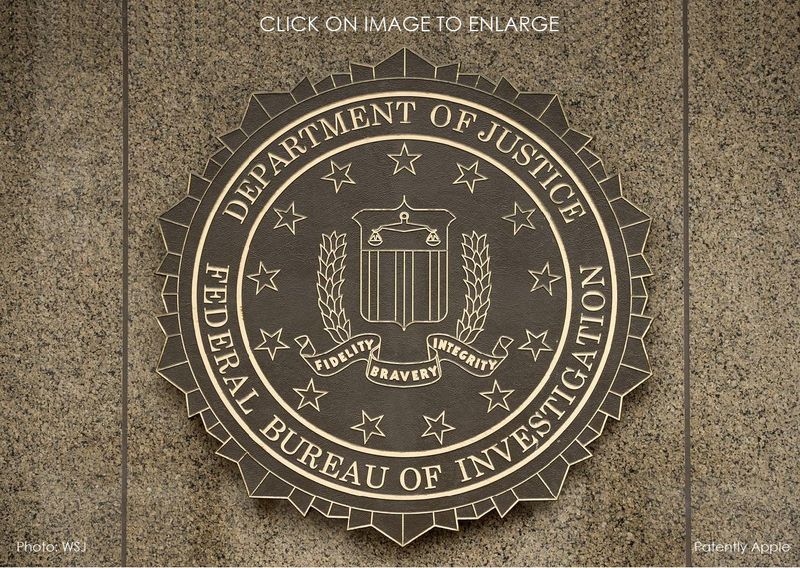 On March 21 Patently Apple posted a report titled "The DOJ Convinces Judge Sheri Pym to Delay the FBI v. Apple Hearing until April 5." The report noted that "A DOJ spokeswoman said in a statement that 'As a result of these efforts, an outside party demonstrated to the FBI this past weekend a possible method for unlocking the phone. We must first test this method to ensure that it doesn't destroy the data on the phone, but we remain cautiously optimistic. That is why we asked the court to give us some time to explore this option.'" The rumors surfaced on March 23 that the outside party was an Israeli firm by the name of Cellebrite. Today more proof surfaced out of Israel that Cellebrite was granted a government contract on March 21, 2016 as noted below.

An Israeli newspaper wrote today that "A search of the General Services Administration website — which lists all public expenditures in the US — indicates that the FBI signed a contract with Cellebrite in late March for 'information technology software services,' at a cost of $15,278.02 to the federal government."

Neither Cellebrite nor the FBI would confirm that this particular contract was directly related to the unlocking of the San Bernardino iPhone, but the date and circumstances would strongly suggest that it is.

The Wall Street Journal is reporting late this afternoon that "The Federal Bureau of Investigation is still analyzing data on the iPhone used by a San Bernardino, Calif., terrorist and won't decide whether to talk about what it has found until after that examination is complete, a senior FBI official said Tuesday.

James Baker, the FBI's general counsel stated that "We're now doing an analysis of that data, as we would in any other type of criminal terrorism investigation. That means we would follow logical leads." But because the agency has only had access to the data for a short period of time, he said "it's simply too early" to say whether anything found on the phone has been valuable to investigators. For more on this, read the full WSJ report here.

The WSJ report further noted that once the DOJ determines if the information and/or leads were beneficial, they will have a number of decisions to make, including whether to notify Apple of the details of the security vulnerability, whether to notify the public, and whether to share the phone-hacking technique with state and local law enforcement agencies that have also been stymied by locked iPhones.