Home Archives Contact Us Subscribe Twitter MeWe Facebook Patently Mobile
New Piper Jaffray Teen Survey Shows Half will choose an iPad when it's Time to Upgrade versus 14% for Android
The 'Compliance with Court Orders Act of 2016,' or Anti-Encryption Bill, was Officially Circulated Today

The newly published JAMF Software Employee Choice Survey uncovered trends associated with employee technology choice programs in the workplace. A choice program is when an organization gives its employees the option to choose among brands of computer hardware and/or mobile devices for work. A device choice program can include employer owned devices, bring your own device (BYOD), or both. The JAMF survey was conducted in February 2016 and is based on the responses of 480 executives, managers, and IT professionals from small, medium, and large organizations around the world. The key results in the newly published survey show that 75% of employees want to work with a Mac (iMac or MacBook) and 79% choose iOS over Android at 18%.

The survey also discovered that when choosing a device, age was a factor. Individuals between the ages of 18 and 54 overwhelmingly chose Apple, while people 55 and over felt more comfortable with Windows.

The data presented below from the three JAMF jumbo graphics spell out the fact that the majority of companies are now offering employees a choice of devices. More importantly, the vast majority of employees are choosing Macs and iPhones from Apple over Windows and Android alternatives. 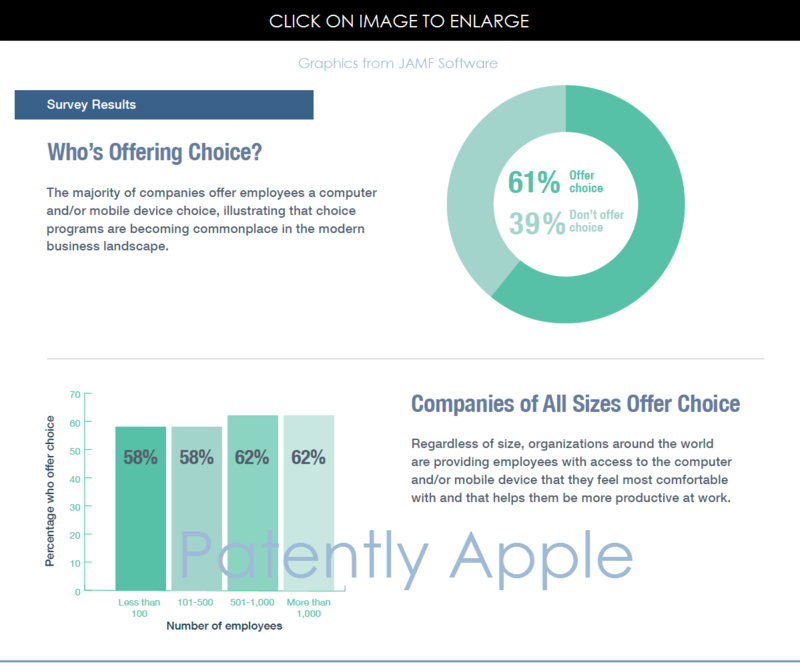 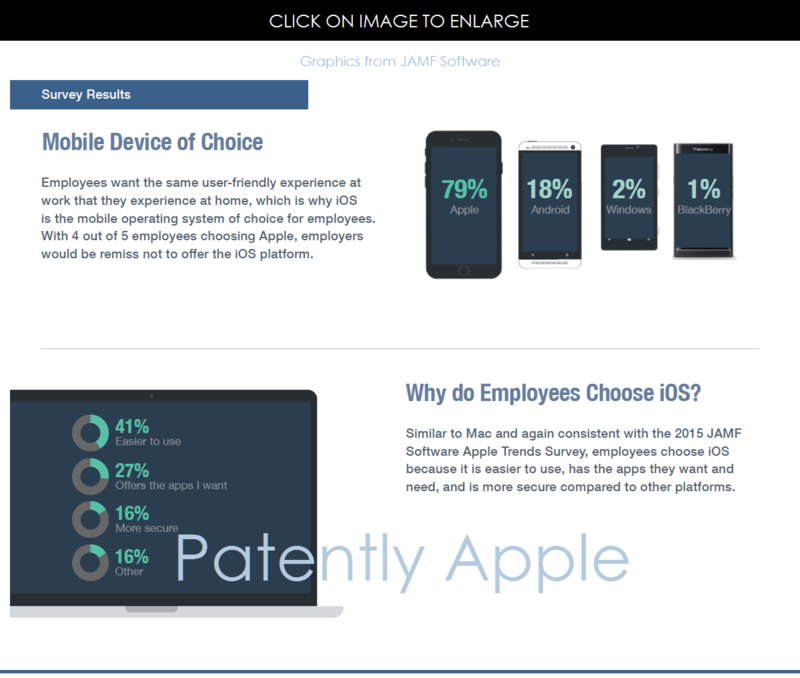 As the data indicates, employee choice programs are no longer niche initiatives in Silicon Valley or creative agencies. Executives, IT, and employees alike are influencing business practices, as they push to use the devices that they are most comfortable with for work. JAMF notes a case in point being IBM who famously implemented a Mac@IBM program back in 2015, giving staff the choice between a PC or Mac for their work device.

Below you'll find a 6 minute video overview of IBM's Mac@IBM program from an IBM session held during the 2015 JAMF Nation User Conference. Fletcher Previn, VP of Workplace-as-a-Service at IBM, says they're now deploying 1,900 Macs per week to their employees and why every Mac that IBM buys makes and saves them money.

To learn more on the JAMF Nation User Conference keynote by IBM program, click here. You could also learn more about JAMF Software for the enterprise or classroom here.