A Backlash is Brewing against Google's Nest 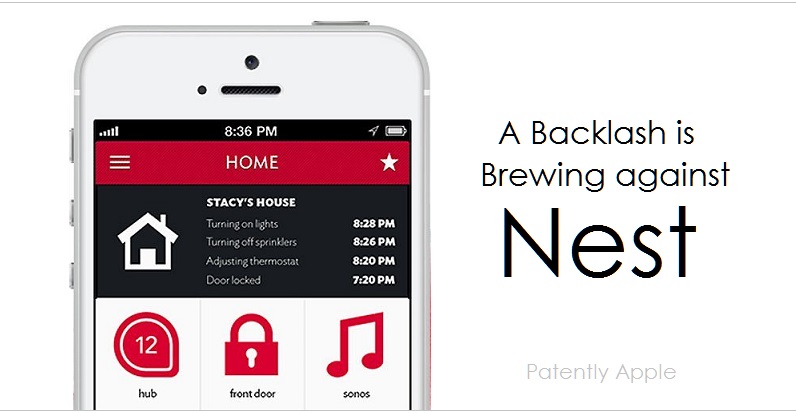 At Apple's WWDC 2014 Craig Federighi introduced Apple's Home Automation plan with HomeKit with dozens of companies like iHome, Honeywell, Philips, Texas Instruments on board to create compatible products that could be controlled on our iPhones. At the same time Google was rushing to get into the headlines about their Home Automation plans and Nest rushed out and acquired a start-up company called Revolv. Today a new report claims that a backlash is brewing against Nest, the smart home company owned by Google's parent company. To diffuse the situation, Nest is offering to pay off its aggrieved Revolv customers.

According to CNN, "Nest has decided to shut down Revolv, a company that it bought in 2014. Though the Revolv Hub smart home gadget wasn't a big seller, its customers are furious. Next month, anyone who bought the Revolv Hub will basically have a dead device on their hands.

The Revolv Hub is like a central control unit for household gadgets that can be controlled through Wi-Fi and other wireless technologies.

A spokeswoman for Nest said that the company is working with customers "on a case-by-case basis to determine the best resolution, including compensation."

But it's not about the money to some customers. The bigger problem is that the link between big software platforms and devices means there's an on-off switch that tech companies can control with potential widespread consequences to customers.

CNNMoney quoted Arlo Gilbert, CEO of mobile software company Televero described it this way: "Imagine if you bought a Dell computer and Dell then informed you that when your warranty ends your computer will power down. Is the era of IoT (the Internet of Things) bringing an end to the concept of ownership? Are we just buying intentionally temporary hardware? It feels like it."

A Google spokeswoman told CNNMoney that "Revolv was a great first step toward the connected home, but we believe that 'Works with Nest' is a better solution and are allocating resources toward that program accordingly.

In the end it appears that it was just a bad judgement call on Google's part to trust Nest rushing Revolv to market so that they could look like a leader over Apple in this emerging market. In the end, it just makes Nest look irresponsible and scatterbrained. Back to the drawing board they go.