With the San Bernardino iPhone having been Successfully Hacked, the DOJ Withdraws their Case against Apple 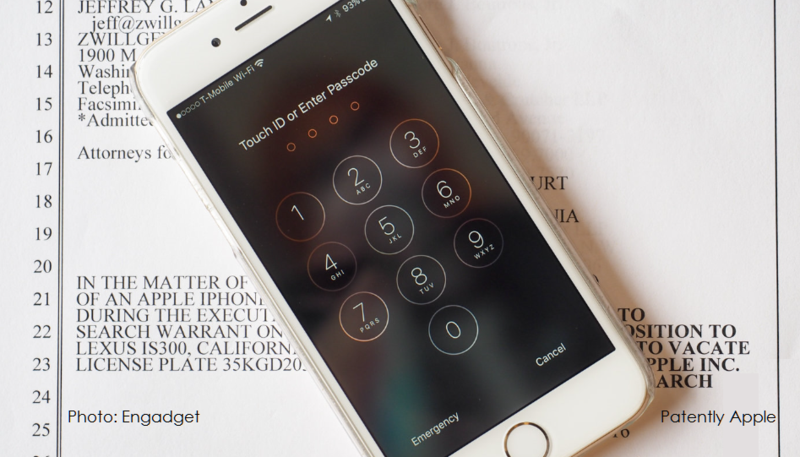 Last Wednesday Patently Apple posted a report titled "The FBI is Reportedly Working with an Israeli Firm to Unlock the San Bernardino iPhone 5c." Two days earlier the DOJ had convinced Judge Sheri Pym to delay the FBI v. Apple Hearing until April 5. Late today the DOJ asked the court to withdraw the order compelling Apple to assist them in unlocking the iPhone 5c in question stating that they had successfully accessed the data on the iPhone that they were seeking.

USA Today noted that "Justice Spokeswoman Melanie Newman said the FBI is reviewing the contents of the phone, "consistent with standard investigatory procedures.'' Newman added that "We will continue to pursue all available options for this mission, including seeking the cooperation of manufacturers and relying upon the creativity of both the public and private sectors."

The Wall Street Journal added a comment by Newman wherein she stated that "It remains a priority for the government to ensure that law enforcement can obtain crucial digital information to protect national security and public safety, either with cooperation from relevant parties, or through the court system when cooperation fails."

The Guardian reported that the government further noted that "it wants that discovery to remain secret, in an effort to prevent criminals, security researchers and even Apple itself from reengineering smartphones so that the tactic would no longer work."

US officials quickly realized the discovery could be a mixed blessing, people briefed on the developments said. On the one hand, the government may be able to avoid a controversial legal fight with America's most valuable company. On the other, the government now has to be very cautious about when to use the method, which was provided by an "outside party", according to court filings.

Apple attorneys said on Monday they would push the government to reveal the nature of their tactic if it is used at trial, though it is unclear what legal mechanism they would have to do so.

The Verge noted in their report that "The result is an abrupt end to this chapter of the FBI's fight against encryption. We still don't know the exact nature of the government's exploit or how many different iPhones it could be used to unlock, but it's unlikely to grant the broad powers that the proposed GovtOS would have. That raises the possibility of similar court challenges in the future or, more likely, congressional action on encryption of the kind proposed by Senators Dianne Feinstein and Richard Burr."