U.S. Treasury Investigates Retaliatory Measures against the EU's Aggressive Investigation of Apple & Others 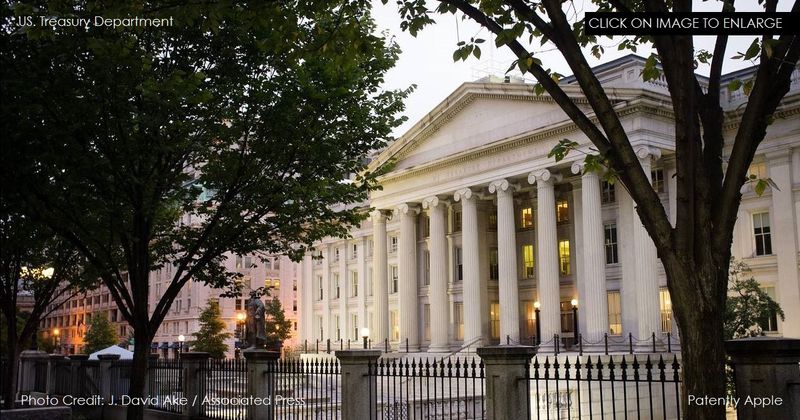 In early February we posted a report titled "U.S. Treasury Secretary Calls on the EU Commission to reconsider their Tax Probes targeting U.S. Companies." At the time, EU Commissioner Margrethe Vestager, who is in charge of competition policy, stated that "Tax rulings that artificially reduce a company's tax burden are not in line with EU state aid rules. They are illegal. I hope that, with today's decisions, this message will be heard by Member State governments and companies alike. All companies, big or small, multinational or not, should pay their fair share of tax." Was Apple on her mind? Of course, and Apple's CEO Tim Cook went to meet with Vestager week's later because the European Commission contends that Apple's corporate arrangement in Ireland allows it to calculate profits using more favorable accounting methods.

Last week Europe's antitrust chief rebuffed U.S. criticism of her pursuit of Apple, Amazon and other U.S. companies over their tax deals, saying she was just doing her job to ensure a level playing field in the 28-country bloc.

CNBC reported that Vestager said her investigations were not intended to challenge the U.S. tax system or bilateral tax agreements. "The Commission has the duty to ensure that these rules are applied in a non-discriminatory manner by excluding preferential treatment in any form that constitutes incompatible state aid," Vestager said. "This does not put into question the U.S. taxation system or go against double taxation treaties concluded by EU member states."

But the U.S. isn't happy about the way Europe is ignoring their complaints. It's now being reported by the Wall Street Journal (WSJ) that the U.S. Treasury Department is "closely" reviewing a never-used 82-year-old law that would impose retaliatory double taxes on European Union companies and individuals.

The law is being investigated following objections from the Treasury and a bipartisan group of senators to the European Commission's 'state aid' investigations, which the U.S. officials contend disproportionately target U.S. firms in an effort to claw back European tax breaks.

The retaliatory double tax represents the most concrete—and confrontational—way the U.S. could respond to the EU investigations.

The Treasury said it is studying Section 891 of the Internal Revenue Code, which allows the president to double U.S. taxes on individuals and corporations from countries that are deemed to have subjected U.S. citizens and companies to "discriminatory or extraterritorial taxes." Read the full WSJ report here for more details.