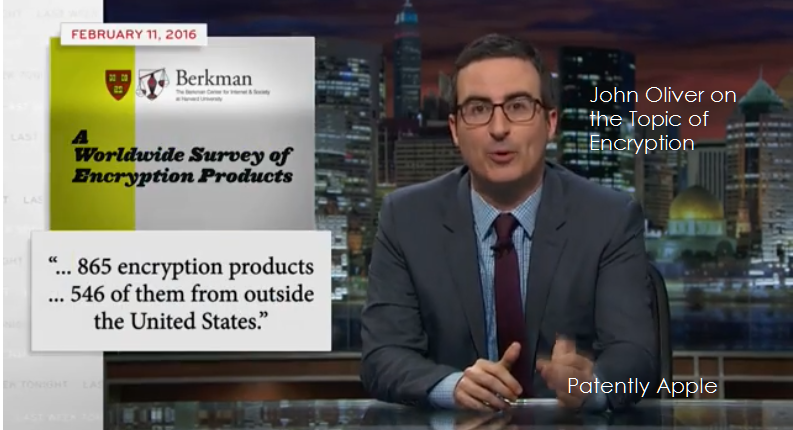 One of the most explosive stories since Apple decided to go thermonuclear on Android is the FBI v. Apple legal battle over encryption. We've covered close to 60 reports on the matter since it began including the most recent titled "President Obama Sheds Light on the Government's take on Smartphone Encryption and Apple's 'Black Box' Position." Sometimes a complicated topic can be handled best through humor to help the general population understand what all the fuss is all about. Who better to call on to deliver just that than John Oliver, the host of the TV show called "Last Week Tonight." The noted 18 minute video above covers a lot of territory from the government's first official back door solution / failure called the "Clipper Chip" through to the current battle between the FBI and Apple.