In late February, the U.S. Patent & Trademark Office published a patent application from Samsung that reveals new sensors are coming to the side of the Gear VR headset that will be able to detect a user's in-air gesture and cause a cursor on the display to click on an item, icon, photo, movie and so forth so as to open an app or choose a photo or other item without using any physical buttons on the headset.

Because Apple has a secret team working on a VR Headset of one kind or another, staying on top of what the competition could be working on will help us understand how VR headsets in general could be advancing in the future. 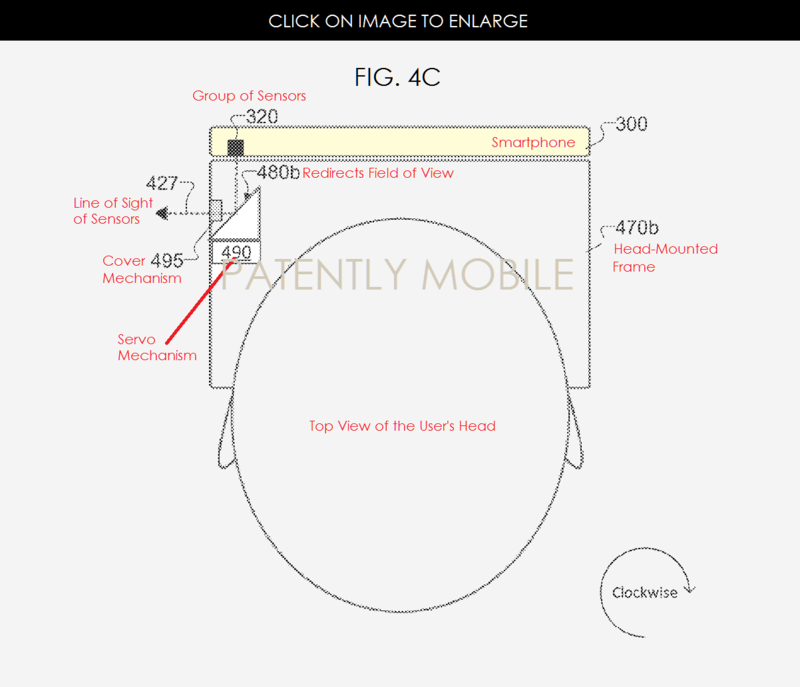 Samsung's patent FIG. 4C noted above illustrates an example of a sensor's line of sight directed away from the user's head by a light turning element. For more on this invention, see Patently Mobile's full report here.