On Judge Pym's Deadline, Many Filed Amicus Briefs Supporting Apple while one Father Pleaded with Apple to unlock the iPhone 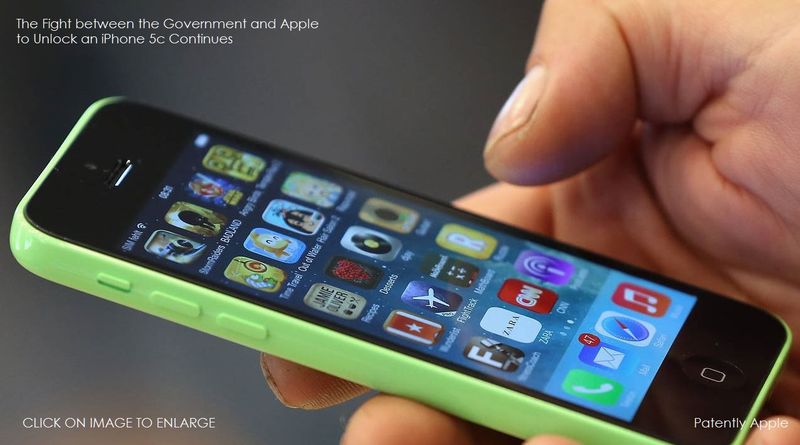 For years, the fight between Silicon Valley and law enforcement leaders over access to encrypted cellphone data has been largely philosophical, a struggle to balance privacy concerns against the ability of police to stop or investigate criminal acts and terror attacks, writes the L.A. Times.  But for Mark Sandefur, the debate is deeply personal. Sandefur's son, Larry Daniel Kaufman, was among the 14 people killed at the Inland Regional Center on Dec. 2 as a husband and wife sprayed an office holiday party with gunfire during a terror attack.

On Thursday, Sandefur weighed in on the dispute between technology companies and law enforcement. In a letter released by an attorney representing several relatives of victims, Sandefur wrote that Apple should help FBI agents trying to access encrypted data on an iPhone 5c belonging to one of the San Bernardino shooters, Syed Rizwan Farook.

"Recovery of information from the iPhone in question may not lead to anything new. But, what if there is evidence pointing to a third shooter? What if it leads to an unknown terrorist cell?" Sandefur wrote in the letter to Apple's chief executive. "What if others are attacked, and you and I did nothing to prevent it?"

Yesterday was the deadline set by Judge Pym for anyone wishing to submit an Amicus Brief to the Court prior to her ruling on March 22, 2016. Privacy advocacy groups the American Civil Liberties Union, Access Now and the Wickr Foundation filed briefs on Wednesday in support of Apple along with many others.

Apple published a list of all of the Amicus Briefs supporting their position against the government's case along with 'Letters to the Court' as follows:

Letters to the Court

In a strange twist of events, a last minute court filing by Michael Ramos, the San Bernardino County District Attorney states the following:

"The iPhone is a county owned telephone that may have connected to the San Bernardino County computer network. The seized iPhone may contain evidence that can only be found on the seized phone that it was used as a weapon to introduce a lying dormant cyber pathogen that endangers San Bernardino's infrastructure."

Judge Pym, in the U.S. District Court for the Central District of California, will deliver a ruling in the case between the FBI and Apple at a hearing set for March 22.