Slice Intelligence just released new research statistics on the first online sales figures of the new iPhone SE. While pre-orders in China may have been high for the new iPhone, overall orders/sales have been abysmal when compared to the iPhone 6s or 6 model launches. The Slice chart noted below tells the story in a quick glance. 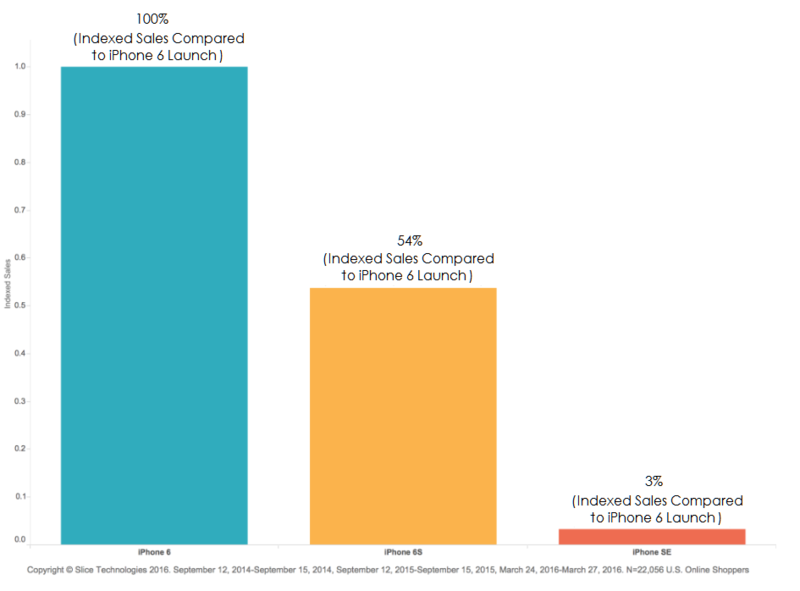 The statistics overall don't really show any meaningful trend. For instance, 20% of SE buyers were in the 45-54 demographic versus 18% for all iPhone buyers. Not much to learn there. Though for those who love charts and want to try and find an emerging trend of value, check out the Slice data here.

In the bigger picture, I don't think that these stats reflect the potential of the iPhone SE over time. While it'll never be a huge market, I think we'll only get a better picture of its true market size after Q4 holiday sales are finalized and tallied.