Patently Apple was early to report on Intel's new 3D XPoint memory technology back in July 2015. The new technology will advance 8K gaming, Siri, medical apps and more. A month later Intel announced during their IDF keynote that their new technology would be marketed under the "Optane" brand. We noted at the time that the Optane could wind up being supported by Macs. Today, Macworld has posted a report confirming that Intel's Optane SSD's will be compatible with MacBooks.

Macworld reports that "Intel's been quiet about its super-fast Optane memory and SSD products, but a few emerging details may hint at how they could be used in products like Apple's MacBooks and beyond. 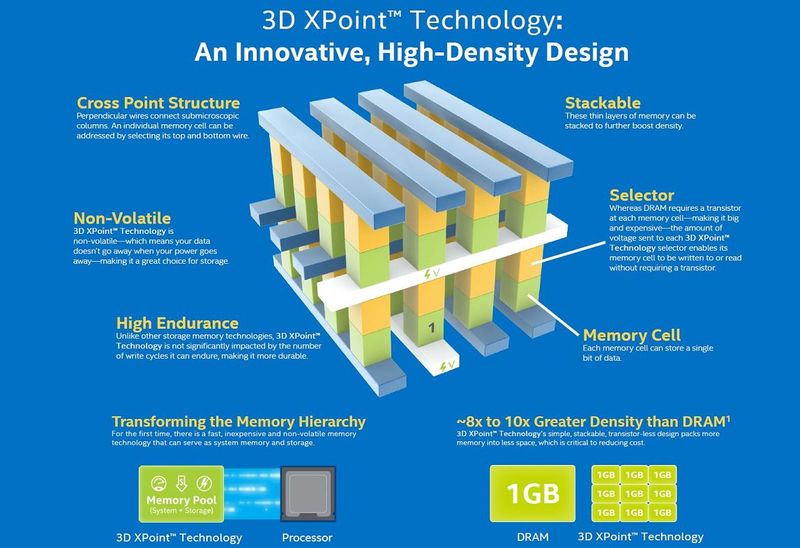 The soon-to-be-released 3D XPoint technology will be compatible with NVMe, a super-fast storage protocol that could help Optane achieve its blistering speeds. Some MacBooks already have NVMe-based SSDs, and Optane could provide a further speed boost.

The first Optane products will likely be SSDs and reach enthusiasts' PCs late next year and then spread to other desktops and mobile products."