Home Archives Contact Us Subscribe Twitter MeWe Facebook Patently Mobile
Apple Confirms March 21 for their Next Exciting Product Event
In Responding to Apple's Motion, the Government Reminds the Court that Apple's Back Door' theory is a Diversionary Tactic

The U.S. Patent Office today published a patent application from Hasbro that's a rotatable platform that kids could put their favorite toy characters on, turn a crank and have the character slowly turn while a camera takes a photo of the toy in two passes to create a 3D image using an iPhone. The patent notes specifically that "the portable electronic device can be, for example, a smart phone, such as an iPhone available from Apple Inc. of Cupertino, Calif." Multiple patent figures clearly illustrate an iPhone. The 3D image can then become an avatar in an iPhone game or used to print a 3D character.

What's interesting is the potential of this toy being able to use Apple's new iPhone 7 Plus that will reportedly carry a dual camera system which would be ideal for creating 3D characters in just a single pass rather than a double pass as the patent requires because of phones not having dual lens cameras as of yet. That could change in the blink of an eye when Apple's dual lens cameras come to market on iPhones.

Hasbro's patent FIG. 1 noted below is a perspective view of an exemplary toy system. Toy system #100 is a manually operated, child-friendly three-dimensional (3D) scanner that generates a 3D computer model of an object.

The toy system 100 includes a base, a turntable 106 received in or on the base 104, a hand crank 108 that is manually operable by a user to cause the turntable 106 to rotate, a backdrop 109, and a dock 110 that receives and holds a portable electronic device 112. The portable electronic device 112 includes an imaging device (such as a camera) that images the object 102. 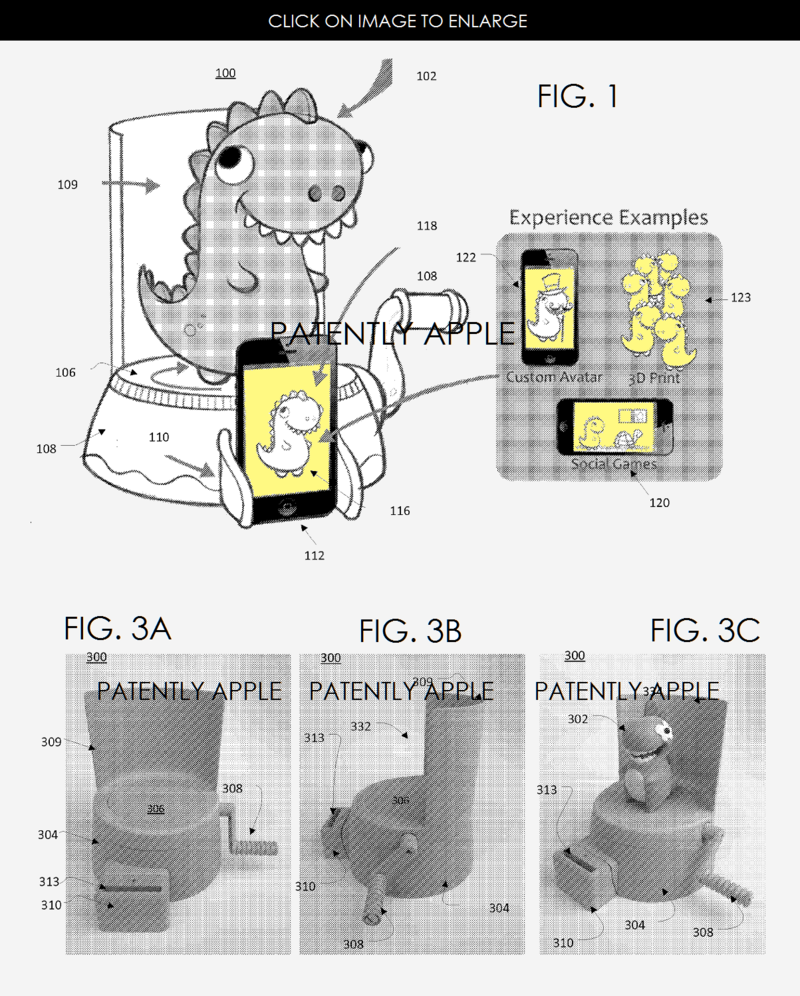 The clay figure created by the user may be a figure or other object made from a modelling compound. Images obtained by the imaging device as the object moves while the turntable moves are used to form a 3D computer model of the object. In the example of FIG. 1, a visual representation #116 of the 3D computer model is shown on the display of the iPhone.

Additionally or alternatively, the user may interact with the computer program to cause the visual representation to be used in a game, to create a custom avatar based on an accessorized version of the 3D computer model, and/or use the 3D model to generate a physical representation of the 3D computer model through, for example, a separate additive manufacturing or rapid prototyping process.

Further, in some implementations, the user can interact with the computer program to shape, define, and customize a terrain or background in which an avatar based on the 3D computer model is present. 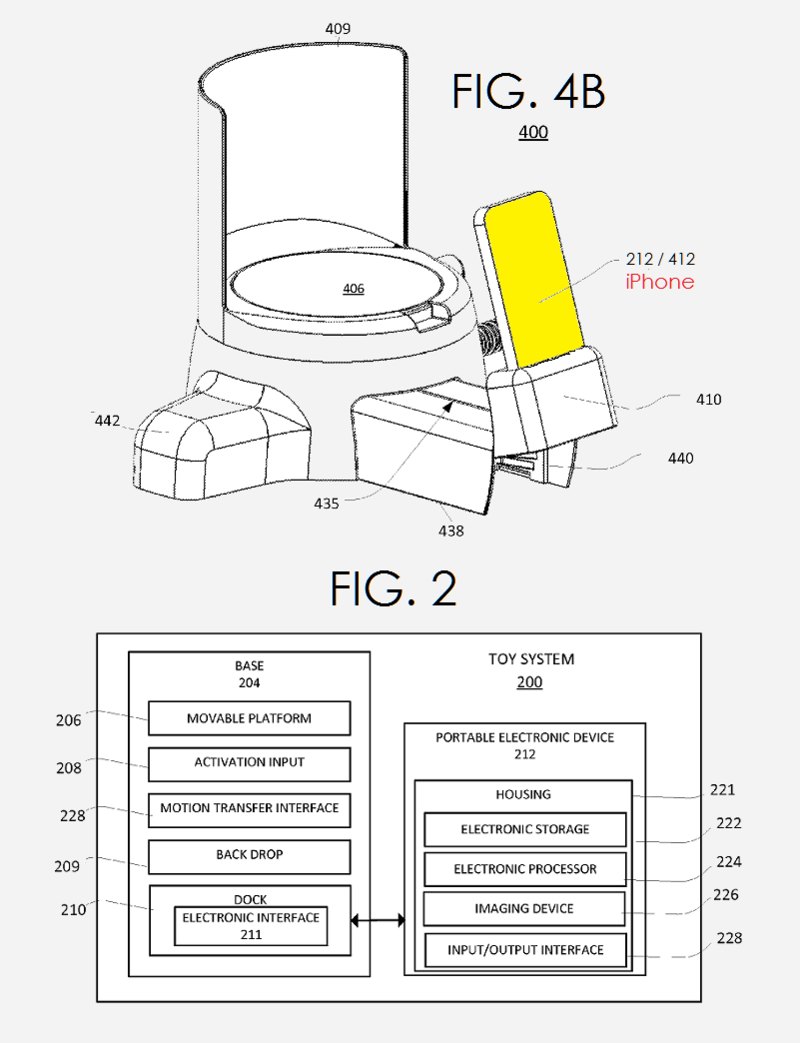 Being that this is a patent application, the timing of such a product to market is unknown at this time. It should be noted that Apple updated their iPhone trademark back in January 2015 to cover toys under International Class 28.