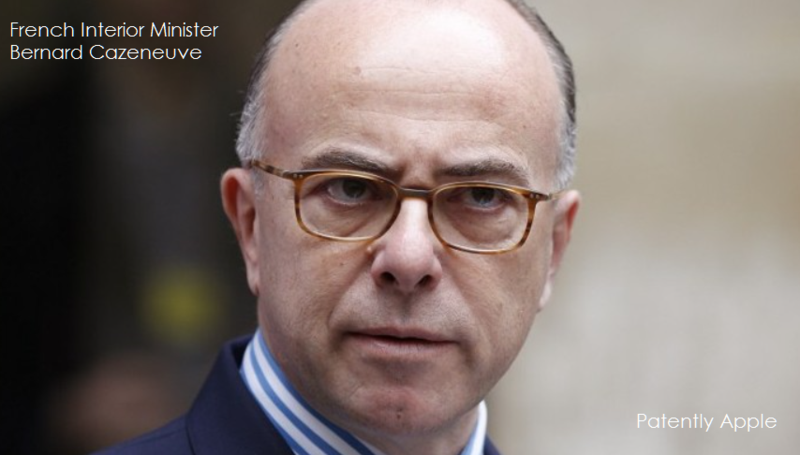 On Tuesday we reported that was one step closer to a new law that would fine Apple up to $386,000 each time they refuse to assist France in an investigation requiring them to unlock an iPhone. Yesterday French Interior Minister Bernard Cazeneuve was attending a talk on counterterrorism at George Washington University and voiced support for President Barack Obama's administration in its efforts to get Apple to unlock the iPhone of one of the San Bernardino attackers.

"I don't think it's necessary to wrestle" with Apple and other companies that provide encryption because "they have an interest to be our partners," Cazeneuve said.

"The digital ecosystem, that's democracy. If democracy cannot defend itself" against violent extremists, "the ecosystem falls apart," he added.

"The citizens who today tell us 'privacy' and 'freedom' will tomorrow ask us 'but what did you do to protect us'" from new devastating attacks, Cazeneuve said.

The report lastly noted that before returning to France next week he'll be heading off to New York to meet with city police where he's expected to discuss the resilience of major cities hit by large-scale attacks.