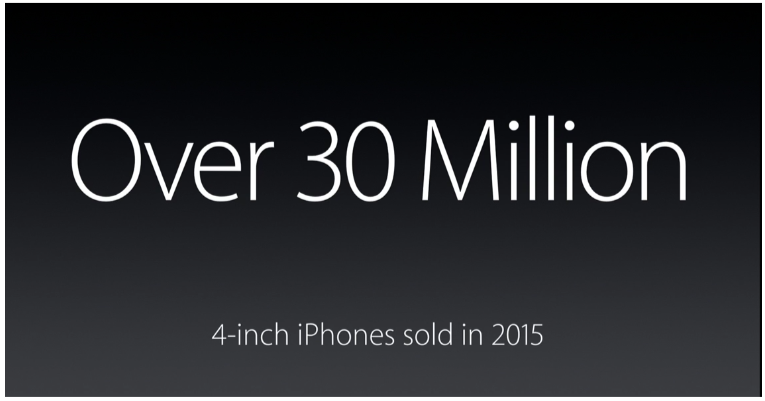 Even though Apple presented us with a slide during their special event this week clearly showing us that they in fact sold 30 million 4" iPhones in 2015, "Component makers in the iPhone supply chain in Taiwan are mostly conservative about the prospects of the new iPhone SE, expecting total shipments to only reach 15 million units in 2016, according to DigiTimes.

For Foxconn, this week's round of upgrades is nothing but good news. According to the report, "Foxconn Electronics reportedly has landed all the initial orders for the iPhone SE along with the 9.7-inch iPad Pro, and therefore will benefit most from the new releases."

The iPhone SE offers performance with the same 64-bit A9 chip in the iPhone 6s and iPhone 6s Plus, longer battery life, faster wireless, a 12-megapixel iSight camera featuring Live Photos and Ultra HD video, Touch ID and Apple Pay, according to Apple.