Attorney General: Do we Let one Company Decide this Issue for all of Us? 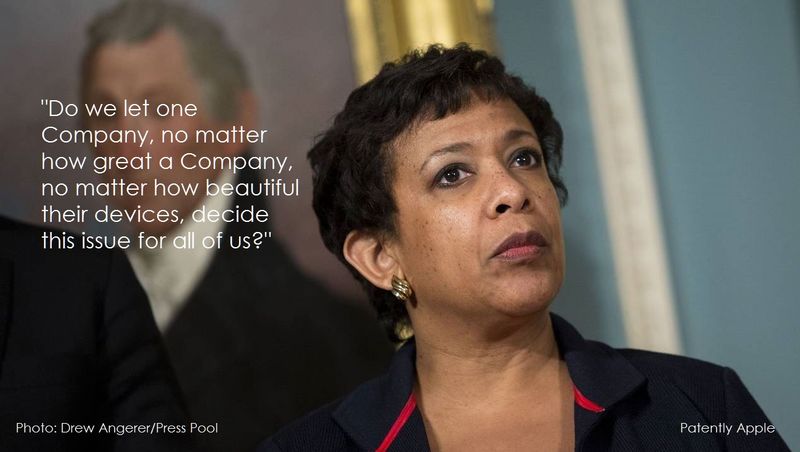 Note: The full 50 page Ruling by Judge James Orenstein Rejecting the DOJ's Argument is now available for Review in this report

U.S. Attorney General Loretta Lynch on Tuesday said she was disappointed by a federal judge's ruling that the government can't compel Apple Inc. to help investigators extract data from a locked iPhone.

The Wall Street Journal reports that "Ms. Lynch's comments to a technology conference here came a day after magistrate Judge James Orenstein issued a 50-page ruling (see Scribd document below) rejecting the Justice Department's argument that the 18th century All Writs Act gives prosecutors the authority to compel Apple to help investigators bypass the passcode-protection system on an Apple iPhone seized in a drug investigation.